Throughout his time at Village Roadshow, he managed VRP’s involvement in some of the company’s most successful films. Most recently, he oversaw VRP’s interests in “Joker” and the upcoming “Matrix: The Resurrections.” He executive produced both of those films and will also serve as an executive producer on the upcoming “Furiosa.” His other EP credits under Village Roadshow include “Ready Player One,” “Sully,” “American Sniper,” “Mad Max: Fury Road,” “San Andreas” and the original “LEGO Movie.”

“I am incredibly grateful to have been involved in the inception of VRP and the impact our films and franchises have had not only on popular culture but also on the craft of filmmaking,” Berman said.  “I have been fortunate to work with some of the most talented artists both behind and in front of the camera and look forward to taking the experience I have gained and transitioning it to the next stage in my career.” 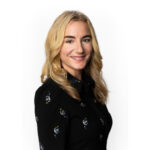 Village Roadshow Entertainment CEO’s Steve Mosko added: “Bruce was integral in helping to create Village Roadshow Pictures.  He has done a great job building and maintaining our long-standing relationship with Warner Bros. and we are looking forward to seeing and supporting his next endeavor.”

Berman served as a trustee of the California Institute of the Arts, Bennington College, and the Natural History Museum of Los Angeles. He is a founding member of the J. Paul Getty Museum’s Photographs Council.