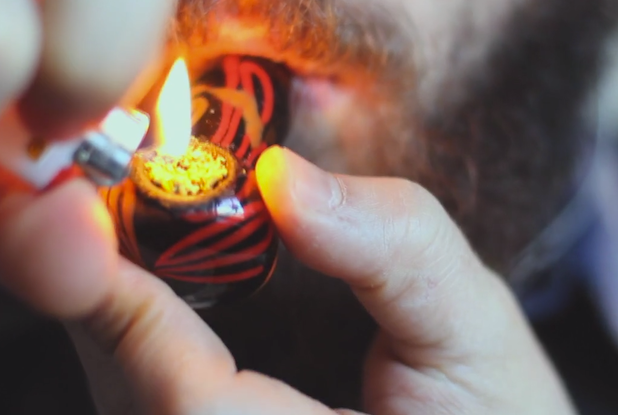 Vimeo will make a new season of the web series “High Maintenance,” the video service’s first attempt to fund its own programming, the company said Wednesday. Vimeo will finance six new episodes of the series about a weed-delivery guy who interacts with clients across New York City.

Created by the husband and wife team of Katja Blichfield and Ben Sinclair, the series’ first season is on Vimeo right now, and has garnered hundreds of thousands of views. (You can watch it here.) The new episodes will be available exclusively on Vimeo On Demand.

Vimeo launched its On Demand service at South by Southwest in 2013, and like other purveyors of video online, it now wants to make its own shows. Netflix, Amazon and Hulu all began as distributors, and have since funded series from the likes of David Fincher and John Goodman. Providing popular movies and series that people can only find on your service forces them to subscribe.

Unlike those subscription services, Vimeo operates with a sales model, offering movies for rent or purchase. Amazon offers that as well, but you have to subscribe to Prime to access Instant Video.

Vimeo has acquired or licensed movies and series before, including Joss Whedon‘s “In Your Eyes” and Neil LaBute‘s “Some Girl(s),” but CEO Kerry Trainor told TheWrap funding its own product was the next logical step.

“We’re licensing and using that money to market content that is ready for distribution,” Trainor said. “So we started investment in original content development.”

Details on its future plans are unclear, as Trainor conceded the company had no blueprint for the number of projects they want or how much they will invest. This happened to be “the perfect first project.”

“They have been a fantastic organic example of really great content that has built a nice fan base,” Trainor said. “People are passionate fans; I’ve been a fan for a long time. They want to continue to develop the series, but don’t want to do it through advertising-based models or traditional TV.”

Vimeo pledged $10 million to original content at South by Southwest this year, one year after the launch of its On Demand service. Trainor said the company will increase that investment in the months and years ahead, in particular when it comes to programming exclusive to Vimeo.