Vin Diesel has put out a public plea to his “Fast & Furious” co-star Dwayne Johnson, asking him to play Luke Hobbs one more time to “fulfill my promise to Pablo [Paul Walker].”

On Sunday, Diesel posted a picture on Instagram of him and Johnson together in “The Fate of the Furious,” one of five “F&F” films that Johnson starred in starting with “Fast Five” in 2011 and ending with the spinoff “Hobbs & Shaw” in 2019. After that film, Johnson said he would not be returning for “Fast 10,” which is currently scheduled for an April 2023 release.

But now, in a post he addresses to “little brother Dwayne,” Diesel asks Johnson to reconsider and return for what he says will be the final “F&F” installment. 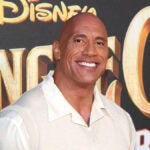 “My little brother Dwayne… the time has come. The world awaits the finale of Fast 10,” Diesel wrote. “As you know, my children refer to you as Uncle Dwayne in my house. There is not a holiday that goes by that they and you don’t send well wishes… but the time has come. Legacy awaits. I told you years ago that I was going to fulfill my promise to Pablo,” he said, referring to Paul Walker.

“I swore that we would reach and manifest the best Fast in the finale that is 10! I say this out of love… but you must show up, do not leave the franchise idle you have a very important role to play. Hobbs can’t be played by no other. I hope that you rise to the occasion and fulfill your destiny.”

While “Fate of the Furious” was shooting, Johnson made social media posts throwing shade at some of his male co-stars, with TMZ claiming via anonymous sources that the posts came from Johnson’s frustration with Diesel’s decisions as a producer on the film.

“Some conduct themselves as stand-up men and true professionals, while others don’t,” Johnson wrote on Instagram. “The ones that don’t are too chicken s— to do anything about it anyway. Candy asses. When you watch this movie next April and it seems like I’m not acting in some of these scenes and my blood is legit boiling — you’re right.”

And, with that, Johnson said, “I wish them well on ‘Fast 9.’ And I wish them the best of luck on Fast 10 and Fast 11 and the rest of the ‘Fast & Furious’ movies they do that will be without me.”

Unfortunately, Johnson looks like he has already loaded up his schedule for 2022. Next year, he is set to star in the DC films “Black Adam” and “League of Super Pets,” and his production company Seven Bucks is loading up on titles to develop, including a “Big Trouble in Little China” sequel that Johnson’s production partner Hiram Garcia says they are hoping to start soon. There’s been no word yet on when Universal will start production on “Fast 10,” which will be directed by Justin Lin.