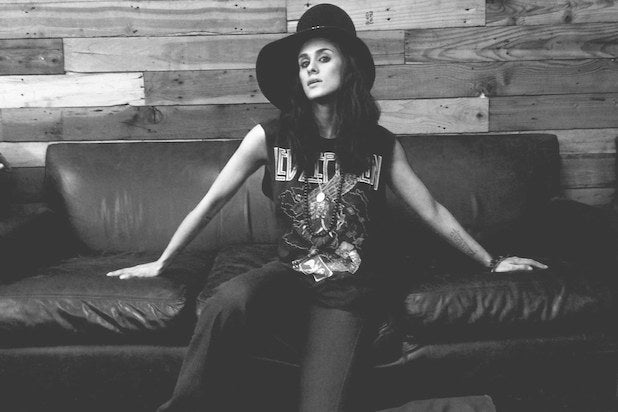 If you have enough followers on Vine, six seconds of your life can be worth thousands of dollars to advertisers. But according to Brittany Furlan — one of the video-sharing platform’s top personalities — it’s a luxury that can disappear as quickly as it arrives, which is why she’s taking advantage of the exposure to launch her television career.

“I don’t know if I’m ever going to move on from Vine, but either way, I have to move on, because I think the lifespan of people on Vine is short,” the Los Angeles-based actress told TheWrap. “I’m not going to mention names, but I’ve seen people who are hugely popular become not popular at all, and very quickly.”

Furlan, a comedic talent who currently ranks as the third most popular Viner with over 5.5 million followers, is developing a female-driven sketch show with “Robot Chicken” creator Seth Green on board to executive produce.

Not that she particularly needs the money, though.

The internet starlet maintains what she describes as “a very comfortable” living by producing at least one Vine video a day. Those videos — which include a repertoire of outlandish characters (“Ghetto Dora De Explora“), quick-to-the-punchline sketches or pranks on the unsuspecting public — are worth between $7,000 and $20,000 to brands targeting Furlan’s massive audience.

Like hundreds of other Vine stars thriving in the brand new market, Furlan has a profile on a platform called Niche. Darren Lachtman, who launched the company last October with co-founder Rob Fishman, describes it as a LinkedIn-type service for content creators with large followings on mobile-based emerging platforms. It not only gives users access to detailed analytical breakdowns of all of their social media accounts, it serves as a portal to over 60 top brands, including the NFL, Gap, and Universal Studios.

“Brittany is a creator. She has the same reach as many web publishers, and higher engagement on her content than most TV shows,” Lachtman said. “Our belief is that these creators are not only the future of digital advertising but also the new wave of ‘broadcast’ channels.”

With 2,000 active creators in its community, Niche can reach over 340 million people. Brands funnel their marketing dollars through the company, which then matches the advertiser up with the best personalities to influence the desired demographic. Niche oversees all of the campaigns, but gives almost full creative control to the performers they’re paying.

“We’re not going to take an ad that a brand made on its own and tell our creators to push it out, because that doesn’t help anyone. It’s not good for the audience, it’s not good for the creators, and it’s not good for the brand,” Lachtman said. “Creators are the best people in the world at building audience. We give them loose creative parameters, and they’re the ones that creating the original content that sells.”

Furlan, however, is careful to keep her monetary motivations in check, because she knows authenticity is key to her prosperity. With offers regularly flooding in, she only agrees to “one or two” campaigns a month.

“Honestly, if I took every job I’m offered, I could be a multimillionaire right now, but I don’t want to flood my Vine with content,” Furlan said. “I don’t want to be a person that’s just doing all commercials, because that looks bad, and I think that it will turn people off.”

Furlan migrated from a small town outside of Philadelphia, Pa., to Hollywood a decade ago to pursue a career in comedy, while studying fashion as a safety net, at the insistence of her parents. After her boisterous personality was noticed by a casting director at a bar, she was encouraged to audition for E!’s hidden camera show, “Reality Hell.” Without any formal acting or improv training, she nabbed a part as a prankster. The show aired in 2009, but was cancelled after just one season.

Although Furlan was cast in another hidden-camera prank show (“Prank My Mom”), it wasn’t until she accumulated 1.2 million followers on Twitter’s Vine app that she caught the interest of agents around town, and her first sponsor.

She starred in an online commercial for Benefit Cosmetics shortly after deciding to sign with the first agency that reached out to her, ICM Partners, over UTA, CAA and Paradigm.

“We are working in an age in which talent can come from any area and any platform,”  J.R. Ringer, one of the talent and digital strategy agents that reps her at ICM, said. “Brittany has an energy and creativity that we immediately recognized could spread even further across the digital landscape, as well as to the more traditional film and television mediums. She is the kind of multi-hyphenate client every representative looks for today.”

Furlan’s rise to Vine stardom was equally fast as it was unexpected. She says she began experimenting with the relatively new social media platform three months after it debuted in January of 2013. She found the platform to be a creative outlet for her comedy — a genre that was a surprisingly rare find, at the time — and was pleasantly surprised by the public’s appreciation for it.

“I started doing really goofy videos, and my following started going up. It was growing like, maybe 50 new people a day, which was kind of cool,” Furlan said. “When I first started I was posting all the time, because I was having so much fun with it. It wasn’t like now, where you have to be like ‘Vine Scorsese.'”

Furlan considers herself fortunate to have caught this generation’s increasingly-shortening attention span, but is keenly aware of how hard it is to maintain. Citing an inability to edit, and then hack Vine to upload 6-second videos laden with special effects, she talks about herself as if she’s one of the medium’s dinosaurs on the edge of extinction.

“It’s kind of frustrating, because I have to keep up. My boyfriend’s a director, so I beg him to edit my Vines when he has free time, because I don’t know how to do it,” Furlan explained. “I feel like I’m kind of falling off, I’m not going to lie. I think I am, definitely. I’m one of the only Viners that’s been around from the beginning that’s still around.”

So what’s her secret?

She treats the craft as a job that requires research, dedication, and sacrifice. One video a day is a minimal effort to stay relevant with an audience that doesn’t pay a dime for the entertainment she provides, yet is completely comfortable demanding more.

“I have all these followers and I have to deliver what they want to see. Like, if I do what I want to do, they are just going to berate me. It’s literally crazy. If I just try to have fun on my own Vine, because it’s my Vine, they’re like, ‘What the fuck are you doing?’ They act like they’re paying or subscribing to me like a television network,” Furlan joked. “I’ve studied what’s popular and tried to taper my comedy to that, and not many people are willing to do that.”

Regardless of the competition rising in the ranks with every passing day, Furlan’s future seems much more secure to an outside eye looking in. She has been paid in one month what some people make in one year to produce several Vine videos for major brands like Strident, American Eagle, and most recently, Dickies, an apparel company that flew her to Texas to practice her craft at the SXSW festival.

A conversation with Furlan makes it apparent that she is genuinely grateful for her millions of supporters, and feels truly blessed to be so successful. Just don’t label her unique profession an easy one.

“You can ask any Viner. Maybe they won’t be honest, but it’s hard and not easy,” Furlan said. “People make fun of it, like, ‘Oh, you’re just doing 6-second videos?’ You try to make a story in six seconds. It’s fucking difficult.”