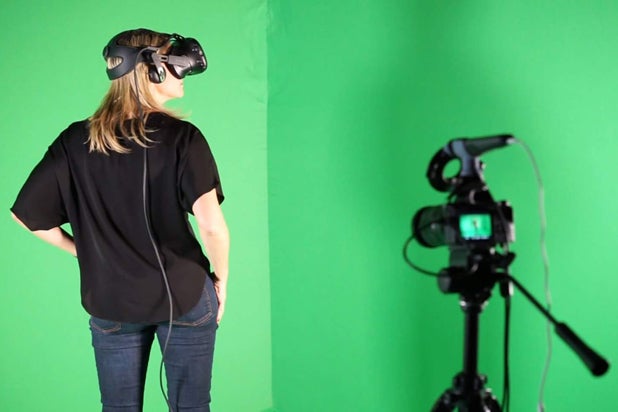 Google may be banned in China, but goggles certainly aren’t, as this week’s CES Asia show in Shanghai had virtual reality and augmented reality headsets in seemingly every other booth. And as it is in the U.S., virtual reality looks like a major part of China’s entertainment future, according to many TV and movie execs.

After years of double-digit growth, the Chinese movie market had been projected to pass the U.S. to become the world’s biggest as soon as 2018. But it hit a hiccup last year, as a combination of reduced online ticketing subsidies and a weak slate of local films caused it to grow just 3.7 percent — and actually decline in dollar terms as a result of a weaker Chinese yuan.

Still, the planet’s No. 2 film market remains an increasingly important source of business for Hollywood. But according to two Los Angeles-based virtual reality executives, China’s VR content is still in its very early days.

Also Read: CES Asia: The Robots Are Coming - To Catch Your Fish, Served Your Meal, Collect Your Garbage

“For me, here they’ve got all the toys, all the bells, all the whistles,” Rick Garson, the founder and CEO of VR content company VX Entertainment, told United Talent Agency agent Chloe Popescu during a conference session. “But they don’t focus on making good content.”

Steve Raymond, the CEO of virtual reality firm 8i, said Los Angeles has a culture of creatives who understand storytelling regardless of platform — which isn’t found everywhere. At this point, he added, most of the “content you want to spend hours on and share with friends” comes from the gaming world, not Hollywood.

“It always starts with great content,” Garson said. “The technology’s not going to make the content any better.”

Also Read: How Cooking Meth in Virtual Reality Can Bring People Closer Together

“The ecosystem is only as strong as its weakest link,” Raymond said. “You need distribution, you need more comfortable hardware, you need content that is compelling.”

Raymond added that content is usually a hit-driven business, and once enough people take risks that bear real fruit, plenty of money will follow.

And while smartphone-based VR and AR is still mostly a work in progress, both execs believe that will be the vehicle to take the technology mainstream, especially in mobile-mad China.

Just not yet. “It’s all on the come line,” Raymond said, using a gambling analogy better suited to CES flagship Las Vegas show. “There isn’t a lot of market penetration yet.”

Garson, whose company is creating the first VR theme park, and Raymond rejected the idea that virtual concerts and amusement parks would usurp the flesh-and-blood real-life experience, but theater chains might have cause for concern.

“Movie theaters — how people see movies — it will hurt more than anything,” Garson predicted.