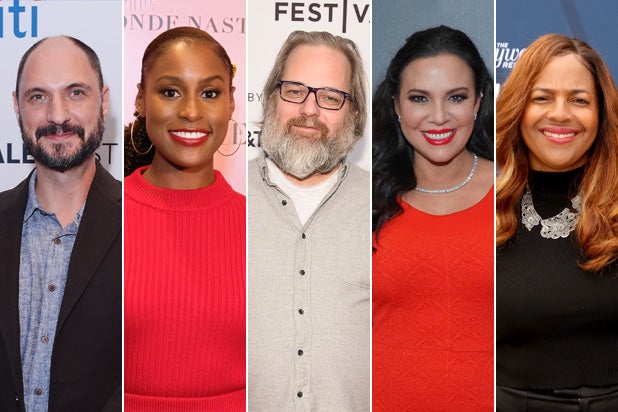 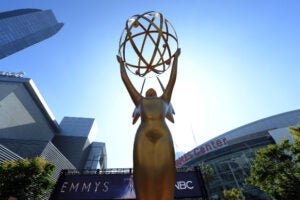 Award Shows Go Virtual This Year: What Will They Look Like?

While COVID-19 has brought much of the TV industry to a standstill, at least one part of the process has been able to adapt to the new normal and forge ahead — writers’ rooms.

TV writers have been spending a lot of time on Zoom over the last few months, breaking story arcs and polishing scripts remotely in order to keep at least some work going while Hollywood waits for production to resume.

To get a sense of how the digital workspace is changing the writing process in the COVID era, TheWrap posed the question to the writers themselves. Responses varied, from annoyed by logistical challenges to missing the camaraderie of an in-person gathering to simply happy to be working at all. 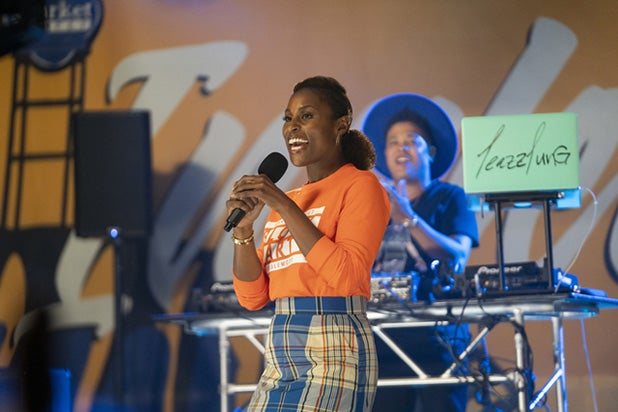 Issa Rae, “Insecure” co-creator, star, writer and executive producer: We started our writers’ room for Season 5 virtually [in May], which is so strange. And it’s actually been great talking about Season 5. This is the first time in the history of our show that we’ve been in the room at the same time the show is airing, so that is a strange dynamic. It feels like we’re getting live reactions to Season 4, and we always try to not keep the audience in mind at all when writing the show. So we kind of have to go into the mindset of, “OK, did y’all see the feedback about last night’s episode? OK, cool, now back to tunnel vision.”

It’s way more efficient, I’ll say, in a way that I hate. Because we get in there right at 9 (in the morning) and we’re just down to business, whereas in the room we’d be like, “How was your weekend? What did you do yesterday? What are you eating? What is this YouTube video?” There’s more room for distractions, but here we are making the best use of our time, which is, I guess, great.

Also Read: How 'Rick and Morty' Made 'The Vat of Acid Episode' About More Than Just a Vat of Acid 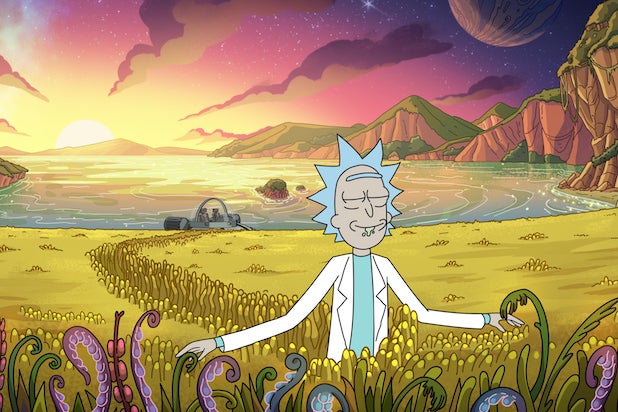 Dan Harmon, “Rick and Morty” co-creator: The most obvious example is the stuff that people have looked into in recent years about how men are a little more socialized to interrupt and to be interrupted, and women are possibly socialized to consider it rude and therefore get a shorter end of the stick when they are in a mixed writers’ room. And everyone is equalized in the interruption sense in a Zoom writers’ room.

If one person starts talking at the same time as another person, there is no amount of testosterone or estrogen or upbringing that can change the fact that the only thing that’s happening is everyone can no longer understand what’s going on. And I think that’s a good thing because it really democratizes what can be an easily ignored psychological thing that could continue to go on in a physical writers’ room. I specifically checked with the women in the room at a certain point because we’re all writers, and we’re all fascinated by this stuff. So I asked them about it after a couple of sessions and this is based on their insights.

If things stay this way, we’re going to have to find a substitute for the whiteboard. I think I’m going to hook up a camera rig over a physical pad of paper that in a Zoom session I can cut to and draw a story circle. If we make that easy enough, then I guess the whiteboard could be replaced by every single writer having the ability to effortlessly cut to a pad of paper so they can share their thoughts visually, as well as verbally.

Justin Roiland, “Rick and Morty” co-creator: From my experience, it’s actually kind of awesome. In a physical writers’ room, we have a dry-erase board that’s used quite extensively. And in the digital writers’ room, you can screen share and I can have my Cintiq [a digital drawing tablet] and I can be drawing something that everyone is seeing and then I can take that off and we can pop back over to the scripts. The nice thing about that is now my drawings are saved vs. a photo of a whiteboard.

Also Read: Why Issa Rae Made a Fictional True-Crime Series About a Missing Black Woman for 'Insecure'

Gloria Calderon Kellett, “One Day at a Time” co-creator: We were really fortunate because all of the episodes had been broken already. … We needed a punch-up of the script [for the animated episode], but the vast majority of the room work had already been done. So we could hop on Zoom and do the rewrite and the writers’ assistant would share her screen and we would all be looking at the same thing that we would be in the writers’ room anyway. We got really lucky because we all knew each other already, we knew the flow of the room. Everybody had already established their room personalities and their bits — some bits work better on Zoom, it turns out — so it was a pretty smooth transition for us. 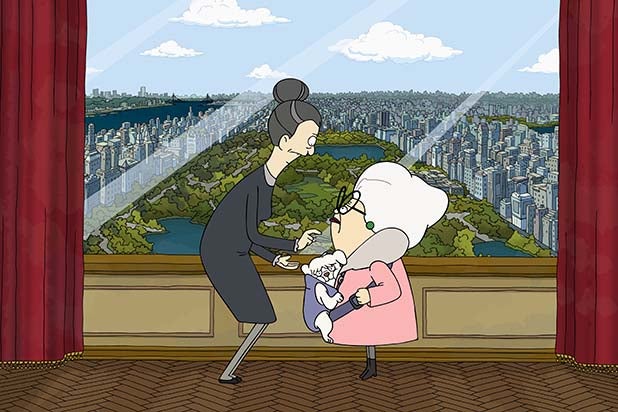 Loren Bouchard, “Central Park” co-creator: Animation is really lucky to be able to keep going during this time. We know that’s not the case for a lot of other forms of entertainment and a lot of other jobs in general. So we just feel incredibly fortunate that it works this way. We miss being together but we can do it and we put ourselves together on the page. It’s an intensely collaborative medium but it’s, fortunately, something we can do from our bedrooms.

I think that we’ll appreciate these episodes maybe even more because we had to do them in this new way. It is kind of exciting and impressive to see the work continue.

Josh Gad, “Central Park” star and co-creator: For me, as an outsider who doesn’t do what Loren does on multiple projects, it’s been incredible to watch Loren and his amazing team at Bento Box … Not only has nobody missed a beat, I’ve seen some of the most inspiring scripts and animation that we’ve seen in this entire process. 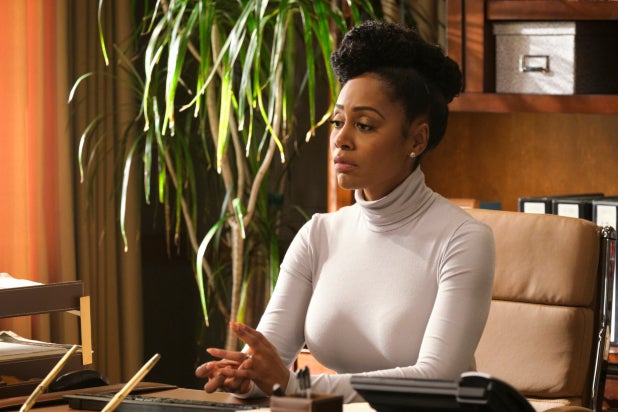 Dee Harris-Lawrence, “All Rise” co-showrunner: It’s exhausting on the eyes… you have your virtual board. Your support staff — from your PA handling your board, to your script supervisor handling doing the notes and putting it on the board so you can see it. Everyone is doing something and the writers are pitching and discussing. But we get to be with each other during this time. Is it sustainable in this fashion? It’s really hard. I don’t think it’s going to [be]. The studios are going to try. It’s hard to do writers’ rooms like that. The magic happens when you’re in those rooms.

But look how fast that we were all able to adapt, and we all found it together. This is a global thing, and it’s going to stay with us for a little bit, so we’ve all had to shift… not having car crashes or run and jumps, we’re able to provide and be relatable to people that are already going through this. Our storytelling lent itself to doing it this way. 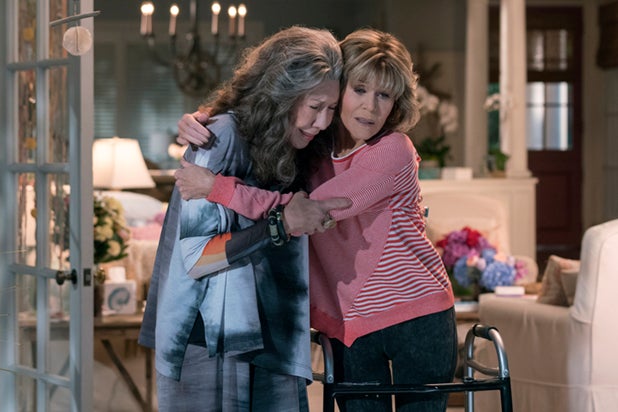 Marta Kauffman, “Grace & Frankie” co-creator: I don’t think there are any pros. It’s really, really hard. It’s super intense when you’re just looking at people’s faces. You don’t get to experience what their energy is coming in the room. Things don’t get balanced out with people’s energies and it’s really intense. You’re just looking at faces. In a writers’ room, you have the opportunity to get up and walk around and pace a little bit, you can’t do that on Zoom or you disappear. So it’s hard. It’s definitely hard. It’s also hard in the world of COVID-19 to really imagine the world when we don’t know what the world is going to look like. 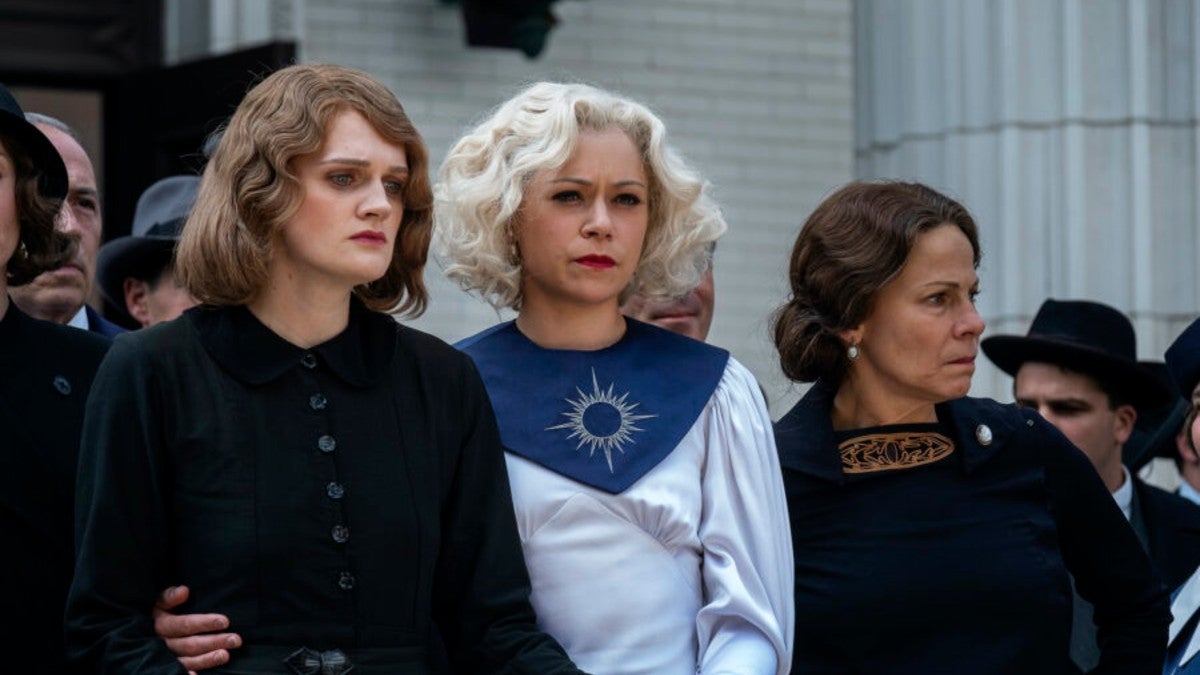 The Women of HBO’s ‘Perry Mason’: A Costume Deep Dive 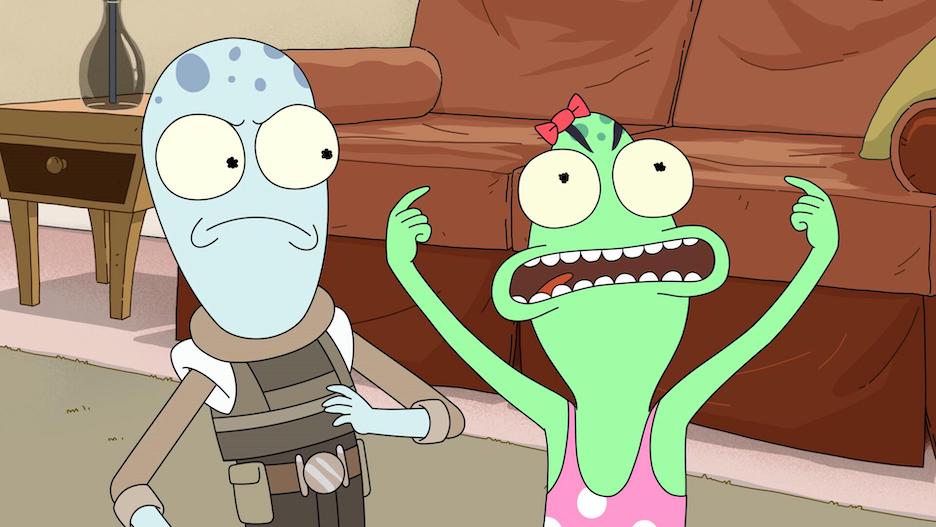 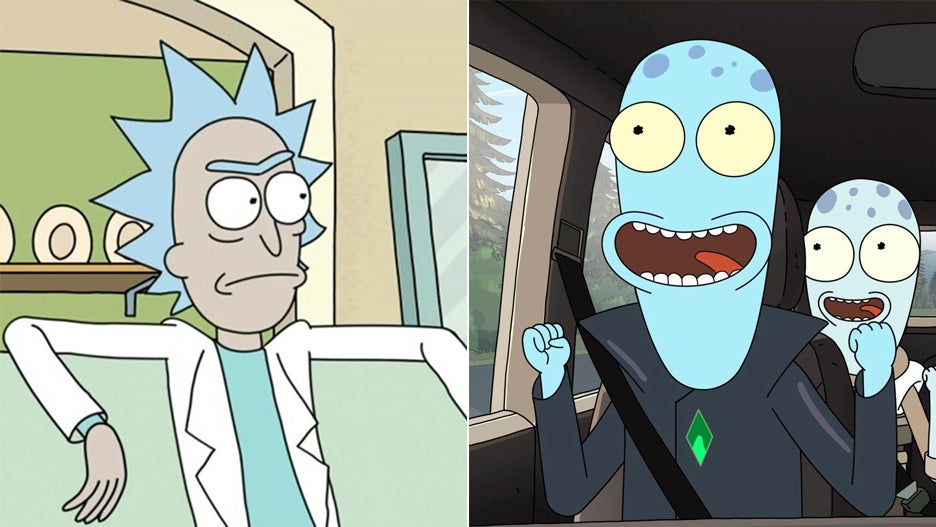 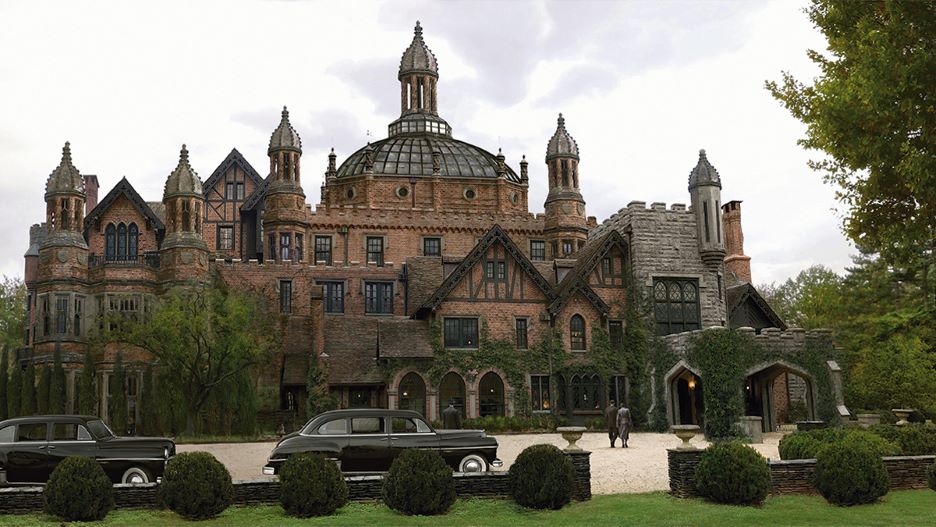 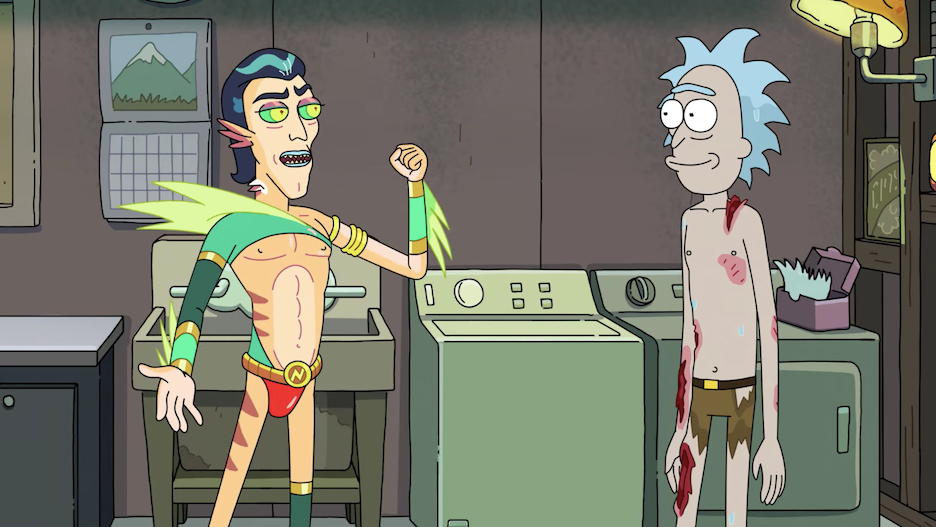