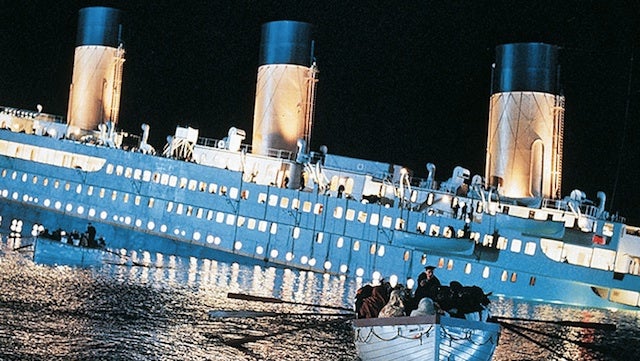 Digital Domain 3.0 has a new owner for the second time in less than a year.

The Oscar-winning visual effects shop behind such films as "Titanic" and "The Curious Case of Benjamin Button" has been purchased by Hong Kong-based Sun Innovation as part of the technology company's  $50.5 million deal to acquire Digital Domain's parent company Galloping Horse.

Galloping Horse bought Digital Domain for $30.2 million after it emerged from bankruptcy last September. Reliance MediaWorks bought a minority stake in the company as part of that deal and it will continue to control 30 percent of the company.

Chief Executive Officer Ed Ulbrich will step down as the visual effects company's head. He will be replaced by Sun Innovation’s Daniel Seah. Ulbrich has been with Digital Domain since its inception in 1993. He assumed the CEO post the same day Digital Domain slid into bankruptcy, and guided it through the Chapter 11 process.

“I’ve spent many wonderful years at Digital Domain and was honored to have been trusted to lead the company through its acquisition and to help set the strategic path forward,” Ulbrich said in a statement. “Now, with the ownership having brought the company under Sun Innovation, a solid, significant public company, and Digital Domain 3.0 into its next phase, I am looking forward to returning to the creative side of the business to pursue producing full-time. I look forward to continuing a fruitful relationship with Digital Domain 3.0 as we move forward.”

Ulbrich will remain a  creative consultant with the company and will also continue as a producer of "Ender's Game," which Digital Domain is helping back. Lionsgate will release the film domestically on Nov. 1.

Sun Innovation said it hopes to use its acquisition of Digital Domain to expand its position in the international feature film industry.

The bankruptcy of Digital Domain, along with that of fellow visual effects shop Rhythm & Hues, has sparked anxiety throughout the industry that the business model is inherently flawed. Both Digital Domain and Rhythm found themselves outdone by foreign shops that were able to offer studios lucrative tax incentives. They also suffered under a fixed bid model that shrunk profit margins.