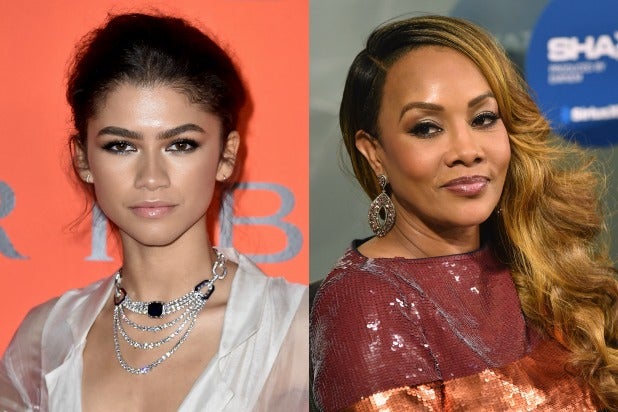 It’s been 17 years since Quentin Tarantino’s seminal — and bloody — “Kill Bill: Vol. 1,” which may be enough time to tap into a potential sequel the film set up in 2003 — at least Vivica A. Fox thinks so. And she’s already got a few ideas up her sleeve.

In the film, Fox plays Vernita Green (codename Copperhead), who ends up on the sharp end of a knife throw from Uma Thurman’s Beatrix Kiddo. Vernita’s daughter walks in as she dies, and Kiddo says to the little girl: “When you grow up, if you still feel raw about it, I’ll be waiting.”

Well, Fox told NME Magazine she thinks Zendaya would be the perfect actor to play the daughter.

“How hot would that be? And that would probably green light this project. Because her and Uma are both very tall, and it would just be kick-butt, and I love her,” Fox said during the interview. “Hopefully now we can put that out, like, ‘Tarantino, cast Zendaya!’ And spark his interest to put it on the fast track. Wouldn’t it be amazing?”

Tarantino has teased the possibility of a third film for years. The first two made a combined $335 million at the worldwide box office. In May, Fox told The Hollywood Reporter that Tarantino and Thurman have recently been in talks to make something happen.

Zendaya has become one of the most sought-after young actresses in Hollywood, with performances in Sony’s new “Spider-Man” franchise, as well as HBO’s “Euphoria.”

Last week, she shared a black and white still from a movie that both she and “BlacKkKlansman” star John David Washington filmed while under coronavirus lockdown called “Malcolm & Marie.”

Zendaya didn’t share any details about the film’s story, but Deadline noted that the film resembles “Marriage Story” in its themes.

Levinson wrote the first draft of the script for “Malcolm & Marie” in just six days in March after production on “Euphoria” was shut down. They then filmed and completed production on the movie at the Caterpillar House in Carmel, California, a massive home on a vast, open estate.