Voice of America “sincerely regrets” its handling of a plagiarism incident detailed in a Washington Post report published on Friday, acting director Yolanda López said in a statement Saturday.

In the statement, López also said international American broadcaster Voice of America has added an “updated and enhanced” plagiarism policy to its VOA Best Practices Guide and has distributed it to all staff “to ensure that everyone is aware of their obligations when a complaint of plagiarism is received.”

The statement does not reference Friday’s Washington Post story, which brought to light a plagiarism incident in which managers delayed taking action for months. The Post wrote that last summer a VOA staffer, Jason Patinkin, began noticing that reports from freelancer Nicolas Pinault contained phrases, sentences and in some case full paragraphs that had apparently been lifted word for word from other news sources. 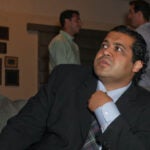 The report also detailed a case in which another staff journalist, Ayen Bior, had alerted senior officials of possible plagiarism by Deirdre Murray-McIntosh, the executive producer of a TV program Bior co-hosted. Bior reportedly alerted management that Murray-McIntosh had used lengthy passages from various websites without crediting the sites in episodes of “Our Voices,” a culture and public affairs program VOA broadcasts to countries in Africa.

In both cases, the report said, despite allegations of plagiarism managers continued to allow the journalist to “continue working for months without sanction — and without warning their colleagues that might be a problem,” according to the Post’s interviews with Patinkin and Bior.

In the statement, López did not address the Washington Post’s assessment that Voice of America had delayed addressing the situation, but called plagiarism “an extremely serious offense.” 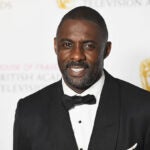 Read VOC’s statement in full below:

The Voice of America is committed to ensure not only that plagiarism does not occur in any of its journalism, but also that any allegations of plagiarism are dealt with appropriately and consistently. To this end, an updated and enhanced plagiarism policy has been added to the VOA Best Practices Guide and distributed to all staff to ensure that everyone is aware of their obligations when a complaint of plagiarism is received.

VOA management sincerely regrets recent incidents which led to certain content being removed from agency websites and replaced with a notice acknowledging that plagiarism had occurred. That is why, in addition to updating the Best Practices Guide, an internal review is underway to assess the handling of this matter and to ensure that any future incidents will be dealt with promptly and appropriately.

Plagiarism is an extremely serious offense. Everyone at VOA is asked to not engage or tolerate plagiarism, but also to ensure that any future allegations are handled according to the enhanced VOA policy. 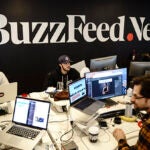