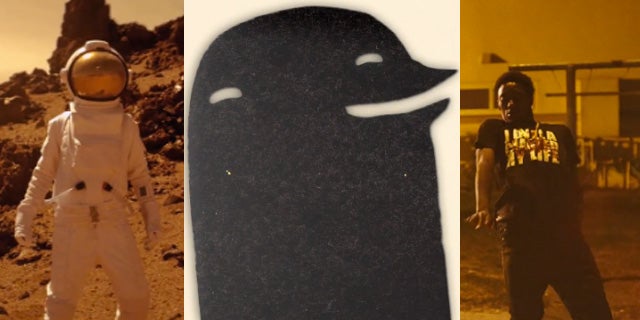 Martin Rosete's fantasy short "Voice Over," Kahlil Joseph's L.A.-based "Until the Quiet Comes" and Will Anderson's animation documentary "The Making of Longbird" are among the 12 finalists competing in the second annual "ShortList" Online Film Festival.

The films are available to viewed and voted for until Thursday, when the winners of the Industry and Audience Awards will be announced during a ceremony at Santa Monica Airport.

Rosete's "Voice Over" — a live-action dramatic fantasy from Spain following not one but four tales all tied together by one voice actor's narration — was named Best of the Fest at the New York City Short Film Festival, and won the Silver Plaque at the Chicago International Film Festival.

Anderson's "Longbird" — a 16-minute short from the U.K. — combines documentary-style filmmaking with narrative animation to tell the tale of an artist giving new life to the decades-old creation of a fictional Russian filmmaker. The unique film won best Short Animation at the 2013 BAFTAs, as well as the British Academy Scotland Awards.

Remember, you can only vote once. Watch all 12 finalists and make your vote count!