In the first teaser for “Voyagers,” Tye Sheridan discovers that experimenting with sex, drugs, club bangers and man’s most primitive urges is even more exciting than exploring the reaches of outer space.

“Voyagers” is the next film from “Limitless” director Neil Burger. It’s a sci-fi in setting, but it’s actually about how a bunch of hot young people who are discovering human pleasures for the first time let fear, lust and the insatiable hunger for power all go to their heads.

“What does it feel like to feel something,” Sheridan says in the trailer. “Maybe this is our true nature.”

“Voyagers” stars Sheridan, Lily-Rose Depp and Fionn Whitehead with Colin Farrell in a supporting role. And the main cast all plays a group of young men and women who have been bred for intelligence and obedience, all of whom are kept in line by drinking a substance they call “Blue.” Their mission is to colonize a distant planet. But when they break free of their constraints and defy their training, they begin to explore their most primitive natures, leading the ship into chaos and their mission in jeopardy.

Neil Burger both wrote and directed “Voyagers,” which is presented by Lionsgate and AGC Studios in association with Fibonacci Films, Freecss Films Unlimited and Ingenious Media, and is a Thunder Road Films and Nota Bene Films production.

“Voyagers” opens April 9, 2021. Check out a poster for the film below and the trailer above. 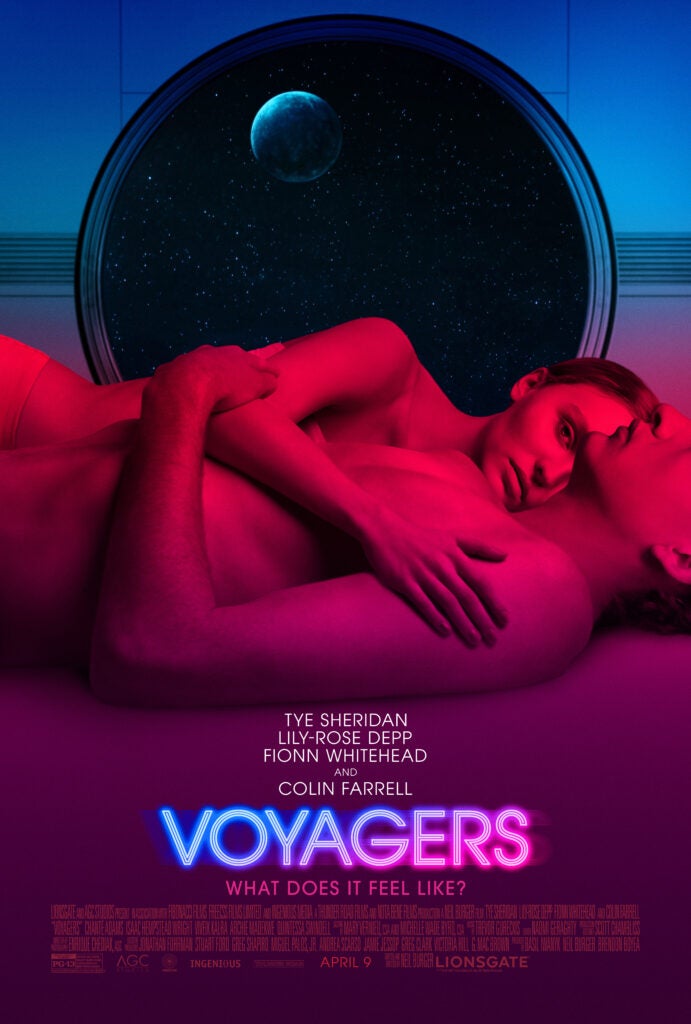