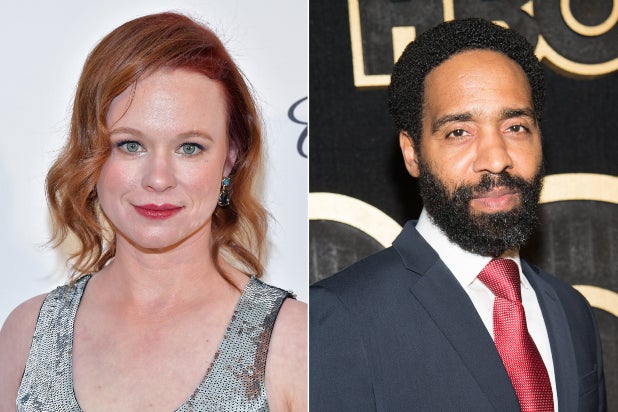 “The Walking Dead” is adding a pair of new cast members to its upcoming 10th season.

The AMC series announced during its panel Friday at San Diego Comic-Con that Thora Birch and Kevin Carroll will join the zombie drama when it returns this fall. The network also said that Season 10 will premiere on Oct. 6.

Birch, whose breakout role was the 1999 film “American Beauty,” will play Gamma, a Whisperer who is described by AMC as “fiercely protective” of Alpha (Samantha Morton), the group’s leader. Carroll, who has appeared on HBO’s “The Leftovers” and FX’s “Snowfall,” will play a character named Virgil.

Neither Gamma nor Virgil are characters that are in the comics on which the show is based, so it’s tough to guess exactly how heir roles will fit into the war between the communities and the villainous Whisperers. Executive producer Gale Anne Hurd briefly described the two characters, saying Gamma is “a committed believer in the Whisperer way of life” and Virgil “encounters some of our group; he’s going to be desperately trying to get back to his own family.”

Additionally, AMC renewed spinoff “Fear the Walking Dead” for a sixth season. That means that in 2020, AMC will have three “Walking Dead” series on the air.

The third series, which will shoot in Virginia, will feature two young female protagonists and focus on the first generation to come-of-age in the apocalypse as we know it, according to AMC. Alexa Mansour, Nicolas Cantu and Hal Cumpston will star, with the second female lead still  to be cast.