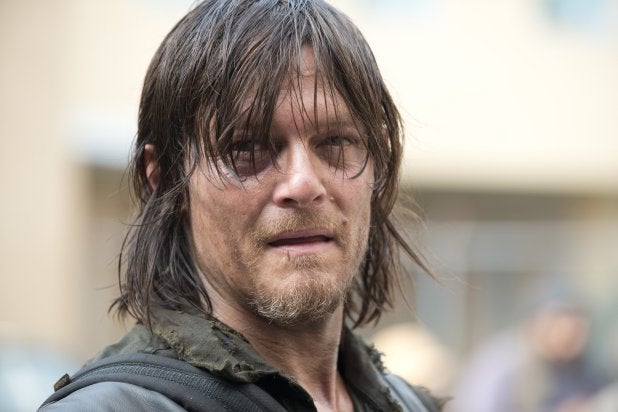 “Robert Kirkman is a remarkable creative talent, a partner and a friend,” Charlie Collier, president, AMC and SundanceTV. “We at AMC feel so fortunate to be working with him in-house and — beginning this summer, among other shared endeavors — extending our fight against the zombie masses to another major metropolitan area.”

Details of the deal were not disclosed.

Kirkman will continue to serve as the executive producer of the drama, while continuing to develop new projects.

The show, which has been on since 2010, is based on the comic book series of the same name by Kirkman, Tony Moore and Charlie Adlard. Andrew Lincoln plays the main character in the series, Rick Grimes, who awakens from a months-long coma to confront a new, apocalyptic world overrun by flesh-eating zombies.

Kirkman has also served as the executive producer for the TV series “Outcast” and has been the writer for properties “Invincible” and “Transformers 5.”

Back in April, Kirkman and his Skybound Entertainment entered into a two-year first-look production deal with Universal Pictures.

Kirkman started Skybound in 2010 with the intent to nurture creators and provide resources for them to produce content while retaining creative control of their properties. He partnered with “Walking Dead” executive producer David Alpert in the endeavor.

Working with Alpert, the movie “Air” is the first non-TV project to come out of Skybound, which also stars “Walking Dead” actor Norman Reedus.

“Walking Dead” is produced by AMC Studios and distributed internationally by Fox International Channels. The network will launch a spinoff prequel titled “Fear the Walking Dead,” the first season of which premieres this summer.