(Major spoilers ahead for the Nov. 12 episode of AMC’s “The Walking Dead”)

Before we get into our discussion of that last thing, we’re gonna provide a bit of a buffer for the sake of folks who may have wandered in here without seeing the episode.

So here’s a picture of Ezekiel looking freaked out. 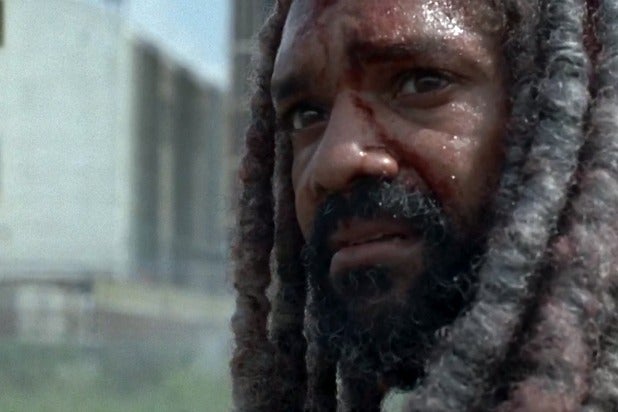 Also Read: 'The Walking Dead': The Most Shocking and Disturbing Deaths So Far (Photos)

OK. So Shiva bit the dust this week. It’s a huge bummer on a lot of different levels, not the least of which is that Shiva was a tiger who has eaten a bunch of the Saviors and she also saved Rick and Carl from being executed by Negan in the season 7 finale.

And she died saving Ezekiel, Carol and Jerry from zombies — unfortunately there were too many of them and all of them piled on her were too much even for Shiva to handle.

It’s a huge tragedy for Ezekiel, who was already experiencing a major emotional breakdown before he watched his best friend get eaten by the undead. It’s also a huge tragedy for us, because it means “The Walking Dead” no longer has a tiger in it.

Fans expressed their grief on Twitter in a variety of ways. Here’s a roundup of some of the best tweets.

Shiva literally gave up her own life to save the people she loves no one talk to me for a WEEK #thewalkingdead pic.twitter.com/5LmTxGH5Ag

So many people have died in this war already but as soon as Shiva dies we all can’t handle ourselves ???? #TheWalkingDead #RIPSHIVA pic.twitter.com/sKcAZF7WPt

Not the kitty! F-U #WalkingDead

Out of all the deaths in the #WalkingDead, Shiva was the worse one for me to endure ????????

I think King Eziekel won himself some "Rick insanity" time off. Go ahead Eziekel go all Ricktador, talk to ghosts on a phone, beat people up, grow a longer beard. Have that emotional break down. You earned it. #WalkingDead

Despite the abundance of feels, one viewer had a pretty good suggestion for how “The Walking Dead” can help us heal in the wake of our Shiva loss.