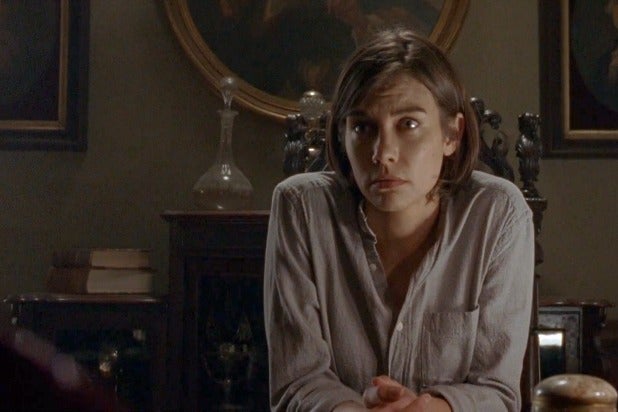 (Spoilers ahead for the season 8 finale of “The Walking Dead”)

There’s been a lot of speculation this year about the future of “The Walking Dead.” Season 8 went pretty far off book at points, from Carl’s death to basically everything that happened in the last three episodes.

That new willingness to deviate in much larger ways from the story laid out in the comics than the show has typically done in the past, combined with the dramatic ratings slide “The Walking Dead” has experienced this season, has made a lot of fans wonder if the creative powers that be may be skipping over the next big conflict from the books or even just taking these characters in a completely original direction.

Folks who are guessing the latter got a big point in their favor in the season 8 finale thanks to Maggie’s (Lauren Cohan) dramatic speech near the end of the episode.

She’s talking to Jesus (Tom Payne) about how, yes, Rick (Andrew Lincoln) was right to have not wanted to murder all of the Saviors, but that he was wrong to spare Negan (Jeffrey Dean Morgan). The whole scene played out in darkness, with ominous music playing. Particularly when she said this:

“Rick was wrong to do what he did. Michonne too. So we’re gonna bide our time, wait for our moment, and then we’re gonna show him,” Maggie said.

And the ominous music got extra ominous when Daryl (Norman Reedus) stepped out of the shadows and uttered, “Yeah. We will.”

Now, Maggie and Rick certainly had this same fundamental disagreement about Negan in the comics, but it wasn’t framed like this. This doesn’t sound like she wants to go after Negan the way she did in the book — this sounds like they want to overthrow Rick.

Which would be a pretty significant new thread to take “The Walking Dead” on! Up next in the books after the war with the Saviors is a time jump and then a new war, with a group who worships zombies. After that is an encounter with a city of 50,000 survivors in Ohio called the Commonwealth, which a lot of folks — myself included — have speculated actually did show up this season in the form of Georgie (Jayne Atkinson) and, perhaps, that mysterious helicopter we’ve seen near the Junkyard a couple times.

Maggie and Daryl pulling some kind of coup, though, would be uncharted territory. Which makes me kinda hope it happens. Only about six months until we’ll find out in season 9!