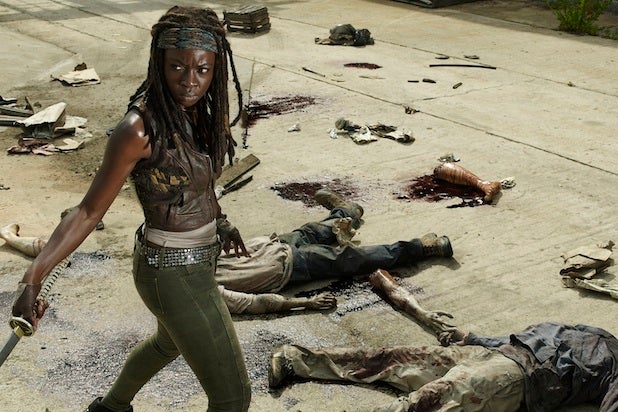 The survivors in AMC’s “Walking Dead” spin-off series will be fighting through zombies and traffic.

An individual with knowledge of the production told TheWrap that the series exploring “the zombie apocalypse in other parts of the world” will take place in Los Angeles.

Very little is known about the companion show being executive produced by “Walking Dead” team Robert Kirkman, Gale Anne Hurd and David Alpert, other than that Cliff Curtis has been cast as the lead. His long list of credits include short-lived Fox drama “Gang Related,” M. Night Shyamalan movie “The Last Airbender” and “Die Hard” sequel “Live Free or Die Hard.”

Cocreator and cowriter Dave Erickson (“Marco Polo,” “Sons of Anarchy”) will serve as showrunner and also executive produce the series that will show viewers how the West Coast handled the walking dead.