A Wall Street research firm has stuck a fork in what it surmises to be just the latest 3D fad.

In a report released Monday by RTIG Research, analyst Richard Greenfield notes that despite opening in a record 2,463 3D locations this past weekend, Disney/Pixar’s “Toy Story 3” actually tallied less 3D revenue, on a percentage basis, than did the premiere of DreamWorks Animation’s fourth “Shrek” movie in May. 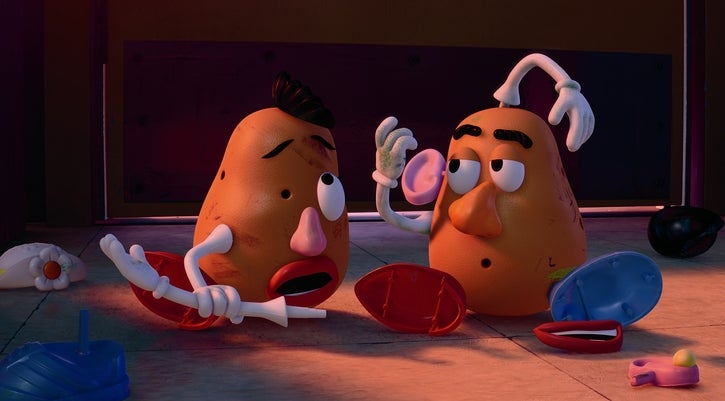 The report notes that, since DreamWorks’ "How to Train Your Dragon" opened to $43.7 million in late March – with 68 percent of that total being from 3D ticket sales – 3D momentum has ebbed.

For the May release of "Shrek Forever After,” Greenfield noted, only 61 percent of the $71.8 million opening gross was from 3D exhibition.

For the release of DreamWorks' "Monsters vs. Aliens" in March of 2009, 3D accounted for about 55 percent of opening-weekend revenue.

“After ‘Shrek Forever After’ came out, we questioned whether consumer excitement over 3D was fading, as ‘Shrek’s’ level of 3D box office relative to total box office fell considerably from ‘How to Train Your Dragon’s’ opening weekend box office mix,” the report said.

Greefield noted that since “Shrek 4’s” reviews weren’t great, his earlier report was dinged by investors. But with “Toy Story 3’s” perfect reviews, he believes there’s now substantial evidence to suggest moviegoer interest in 3D is ebbing – mainly due to what he suggest are excessively high ticket prices.

“This past weekend, despite universally positive reviews, and a continued uptick in opening weekend 3D screen count, ‘Toy Story 3’s’ 3D vs. 2D box-office mix was even lower than ‘Shrek Forever After,’” Greenfield noted.

“With the economy still recovering,” he added, “we worry that movie exhibitors’ view of consumer demand for 3D is disconnected from reality. We believe lower ticket price premiums would drive more people to 3D, and mitigate the risk from alienating consumers when they see a ‘bad’ movie in 3D and feel like they wasted money on the premium ticket.”