Walter Coblenz, the Oscar-nominated producer behind “All the President’s Men” and the Emmy-nominated limited series “The Blue Knight,” has died. He was 93.

Coblenz, who served as the senior vice president of Tristar Pictures and Carolco Pictures, oversaw productions on such titles as “Terminator 2: Judgment Day,” “The Natural,” “Places in the Heart” and more. His other notable credits include “The Candidate,” “The Onion Field,” “Money Talks,” “The Legend of the Lone Ranger” and “Her Majesty.”

He garnered an Emmy nomination for producing the drama miniseries “The Blue Knight,” about a veteran Los Angeles cop. 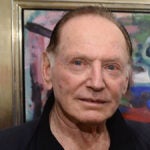 Also Read:
Paul Herman, Actor Who Played ‘Beansie’ on ‘The Sopranos,’ Dies at 76

Coblenz died March 16, his son said in a statement.

Beginning his career in Hollywood as a stage manager for “The Jerry Lewis Show” and “The Hollywood Palace,” Coblenz later served as an assistant director on the series “Daktari” and Robert Redford and Gene Hackman-starring sports drama “Downhill Racer.” He later reunited with Redford on “All the President’s Men,” which garnered eight Academy Award nominations, winning four of them, as well as “The Candidate,” which was the first film he produced.

A German émigré, he was born August 15, 1928, in Glogau to Martin and Berta Coblenz, moving with his family to the United States a little over a decade later. Coblenz worked as a camera operator for a Houston television station following his graduation from the University of Houston, in addition to serving as an officer in the U.S. Air Force. Coblenz eventually settled in Los Angeles and married Rita Bellisle. 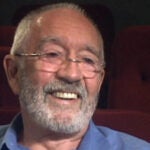 He was predeceased by Rita, as well as his brother John R. F. Coblenz. He is survived by his children, Martin Coblenz, Helen Iacabucci and John Coblenz, and his grandchildren Evan, Danielle, Jordan and Anthony.

Donations can be made to the American Heart Association.