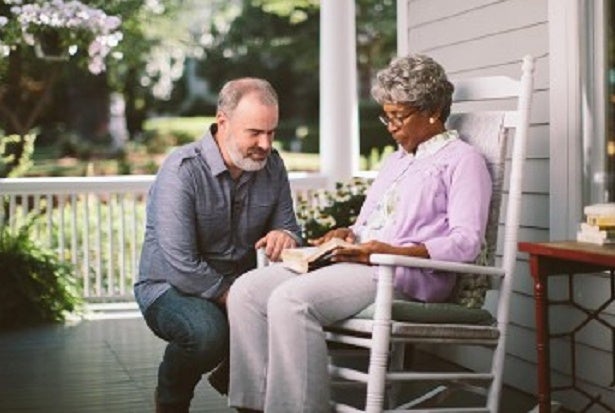 The low-budget faith-based drama “War Room” rose up and nearly delivered a box office lightning bolt, but the N.W.A saga “Straight Outta Compton” hung on to win its third consecutive weekend with $13.2 million.

Universal’s F. Gary Gray-directed rap tale this weekend became the highest-grossing musical biopic ever with $134 million, passing the lifetime domestic total of “Walk the Line” ($119.5 million). But the stunning $11 million debut by the critically skewered “War Room” defied analysts and the reviewers to steal the show this weekend.

The other two wide-openers were the Owen Wilson-Pierce Brosnan thriller “No Escape,” which opened in fourth with $8.2 million, and Zac Efron‘s electronic dance music tale “We Are Your Friends,” which tanked with $1.7 million. Tom Cruise‘s long-playing “Mission: Impossible – Rogue Nation” was third with $8.3 million in its fifth week.

“War Room” was PG-rated and that probably helped — the two other openers and “Straight Outta Compton” are all R-rated.

“Straight Outta Compton” recovered with a strong Saturday night after “War Room” knocked it out of the top spot on Friday, thanks to a Christian crowd mobilized by a grassroots campaign organized by distributor Affirm Films, Sony’s Christian label. The faithful gave the film an “A+” CinemaScore,” far better than the reviewers, who had “War Room” at just 18 percent positive on Rotten Tomatoes.

Alex Kendrick directed, produced, stars in and co-wrote “War Room” with his brother Stephen.  The mainly African-American cast is led by T.C. Stallings and New York Times best-selling Christian author Priscilla Shirer as a middle-aged couple struggling in their marriage until they meet a stranger (Karen Abercrombie) who points out the power of prayer.

The opening — more than double the projection of analysts and nearly four times bigger than its $3 million budget — was the biggest ever for the Kendrick brothers, who are among the most commercially successful independent producers of faith-based movies. The Georgia-based duo’s last three movies — 2006’s “Facing the Giants,” 2008’s “Fireproof,” which was the highest-grossing indie that year and 2011’s “Courageous” — have taken in $87 million at the box office on a combined budget of $2.6 million. The “War Room” opening is easily the year’s best for a faith-based film.

“The Kendrick brothers are visionaries in the genre, and this film has been building momentum for months. By the time we released it, there was a wave of pent-up energy,” Rory Bruer, Sony’s distribution chief, told TheWrap, “This is a genre we’re committed to, and we love being a part of it.”

Sony has had recent faith-based hits with “Courageous.” “Soul Surfer” and “Heaven is for Real,” and plans to release “Risen” in January and “Miracles From Heaven” in March of 2016.

The breakout by “War Room” was no fluke. It averaged an impressive $9,360 in 1,135 theaters, double the per-screen average for “Straight Outta Compton,” which took in roughly $4,125 from each of its 3,142 locations. It played well just about everywhere, but especially in the Midwest, the South and the Southeast. Audiences were older, with 85 percent over 25 years of age, and 60 percent were women.

“No Escape” was directed by John Erick Dowdle, who produced and co-wrote the R-rated and violent saga with his brother Drew. The film follows an American family trapped in an Asian country when a coup explodes. TWC gave it a jump on the weekend by opening it on Wednesday, and it has taken in $10.2 million over the five days.

It wasn’t well-reviewed either, and the “B+” CinemaScore awarded by audiences was better than the marks given by critics, who had the film at 41 percent positive on Rotten Tomatoes.

No one at Warner Bros. was crowing over the limp debut of Efron’s “We Are Your Friends,” but no one was crying, either. Its meager three-day total is less than half what analysts had forecast, but roughly equal to what the studio paid for the domestic rights to the Studio Canal film.

Its CinemaScore was a “C+,” in line with the unimpressed critics, who have it at 43 percent positive on Rotten Tomatoes.