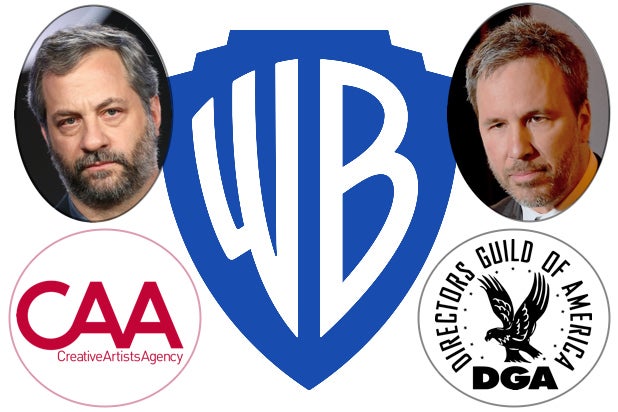 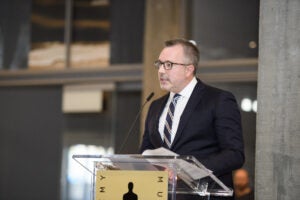 A week after Warner Bros.’ bombshell announcement that it will debut its 2021 film slate on HBO Max and theaters on the same day, the backlash from filmmakers, producers, agents and guilds is rising to a deafening din. And the theater owners aren’t too happy either.

Filmmakers Judd Apatow, Christopher Nolan, Denis Villeneuve — the latter two among the studio’s biggest creators of the last few years — all spoke out publicly this week against Warner Bros.’ decision, with Apatow calling it “disrespectful” and Villeneuve calling it a “hijacking.” Major producers who work with the studio seemed shocked into silence, though Legendary let it be known that it was exploring a lawsuit over the aborted releases of upcoming “Godzilla vs. Kong” and “Dune,” two Warner films that it financed.

Meanwhile, the Directors Guild of America and CAA and WME — often on opposing sides of business issues — both sent scathing letters to the studio to protest what they regarded as a brutally abrupt move by Warner’s corporate leadership led by CEO Jason Kilar. “The blind-side Warner Brothers announcement Thursday was entirely unacceptable to CAA and to the clients we represent,” CAA President Richard Lovett wrote in a letter that he read aloud to his staff. The DGA, meanwhile, called the decision “unacceptable” and “contrary to both the long-standing relationship between the DGA and Warner Bros. and explicit representations made by senior executives to the DGA on this very issue.”

On Friday, Endeavor’s Executive Chairman Patrick Whitesell sounded the alarm in a memo to agency staff obtained by TheWrap: “WME rejects their unilateral decision out of hand,” he wrote. “This is a blatant attempt to self-deal and use our clients work to build their HBO Max streaming service, which our clients have no financial interest in.”

John Stankey, CEO of WarnerMedia parent company AT&T, defended his company’s decision earlier this week, calling the plan “a win-win-win” for the company, creative talent and consumers. He also referenced other studios’ decision to sell off films to streaming services, calling it “not the most intelligent way to deal with that content.” He attributed the studio’s decision to the changing consumer behavior and the imperatives of responding to that demand amid the pandemic.

Media analyst Eric Schiffer believes that as time goes on, more people will understand the studio’s strategy — particularly in beefing up its seven-month-old HBO Max streaming service that has so far lagged far behind rivals like Netflix and Disney+ in subscribers. But he too criticized how the news was managed and noted that Disney’s investor day on Thursday was notably different in committing billions of dollars to new streaming content while also carving out a significant space for traditional big-screen releases.

“Warner walked in with their middle finger up to the establishment of Hollywood,” Schiffer said. “In watching how Warner was affected, with Disney, clearly you are seeing a level of correction and wise, proactive annotation to their brand. This is the brand that is known for sparkling clean parks and a beloved mouse, they are not going out themselves in a position where they’re going to have any level of negativity and be seen as an antagonist against cinematic history.”

One studio insider told TheWrap that while the way the situation was handled was not ideal, there is not much of an alternative to release content given the duration of the pandemic and the uncertainty of when vaccinations will become widespread and movie theaters reopen broadly nationwide. Warner Bros., which consistently releases more movies annually than other legacy studios, would have had a difficult time shifting its entire film slate back to 2022 and beyond.

That lineup includes big-budget tentpoles like “Godzilla vs. Kong,” DC Films’ “The Suicide Squad,” Timothée Chalamet’s “Dune” and Keanu Reeves’ “Matrix 4” — and limiting the traditional box office will require the studio to renegotiate deals with producers and talent who typically receive backend bonuses based on ticket sales.

As TheWrap wrote early this week, the day-and-date decision landed with the force of a cluster bomb a week ago, and many creatives were rattled. “Basically, if you’re a producer with any meaningful project whatsoever, why would you go to Warner Bros. going forward, because you can’t trust that they’re going to release it appropriately?” one frustrated producer who has worked with the studio told TheWrap. “Contingent compensation will go down for all these players. Why would you show up there again?”

Kilar, a former top executive at Amazon and Hulu who was named CEO of WarnerMedia eight months ago, tried to downplay the move and insist it was only a decision for 2021 and not (necessarily) beyond that.

But by the end of the week, a growing number of Warner’s creative and business partners were continuing to object — and publicly. Much of what drove the dispute seemed to be the lack of warning by the studio in such a significant strategic decision, but as the agencies called their clients’ contracts into question, it also seemed as if Warner would need to pay a whole lot of money to maintain their good will.

CAA, no small-bore player, did not speak diplomatically in its letter: “This is the epitome of a self-interested corporate maneuver intended to benefit your company while wreaking havoc on the industry and ignoring and greatly damaging our clients’ creative and financial interests,” Lovett wrote. “The bottom line is that you are trying to take advantage of our clients to benefit your company. Neither we nor our clients will stand for it. Worst of all, in a business of relationships, you violated trust and boundary.”

Naturally, theater chains were the first to sound the alarm, with debt-laden AMC Theatres calling for a renegotiation of exhibition terms and vowing to fight for the survival of cinemas.

Among talent, star director Nolan (“Tenet”) was among the first to go public with his disagreement, expressing his “disbelief” at the lack of courtesy in not warning filmmakers at the studio. “There’s such controversy around it, because they didn’t tell anyone,” Nolan said in an interview with “Entertainment Tonight.” “In 2021, they’ve got some of the top filmmakers in the world, they’ve got some of the biggest stars in the world who worked for years in some cases on these projects very close to their hearts that are meant to be big-screen experiences.”

In an op-ed written for Variety, Villeneuve said he only learned about the fate of his film in the news, and that he had already agreed to push “Dune” back almost a year, from winter 2020 to October 2021. He says a movie of this scope can’t hope to be financially viable with this release pattern and will succumb to piracy. “With this decision, AT&T has hijacked one of the most respectable and important studios in film history,” Villeneuve wrote. “There is absolutely no love for cinema, nor for the audience here. It is all about the survival of a telecom mammoth, one that is currently bearing an astronomical debt of more than $150 billion.”

Likewise, Apatow said it was “somewhat shocking that a studio for their entire slate could call what appears to be nobody… It’s the type of disrespect that you hear about in the history of show business. But to do that to just every single person that you work with is really somewhat stunning.” The director of “The King of Staten Island,” one of the first films to skip theaters and head straight to PVOD during the early months of the pandemic, spoke at a Variety event this week.

He distinguished Warner’s approach with a mutual decision between him and Universal over “Staten Island” that he called “respectful.” He added that the Warner decision “certainly made me appreciate Universal.” 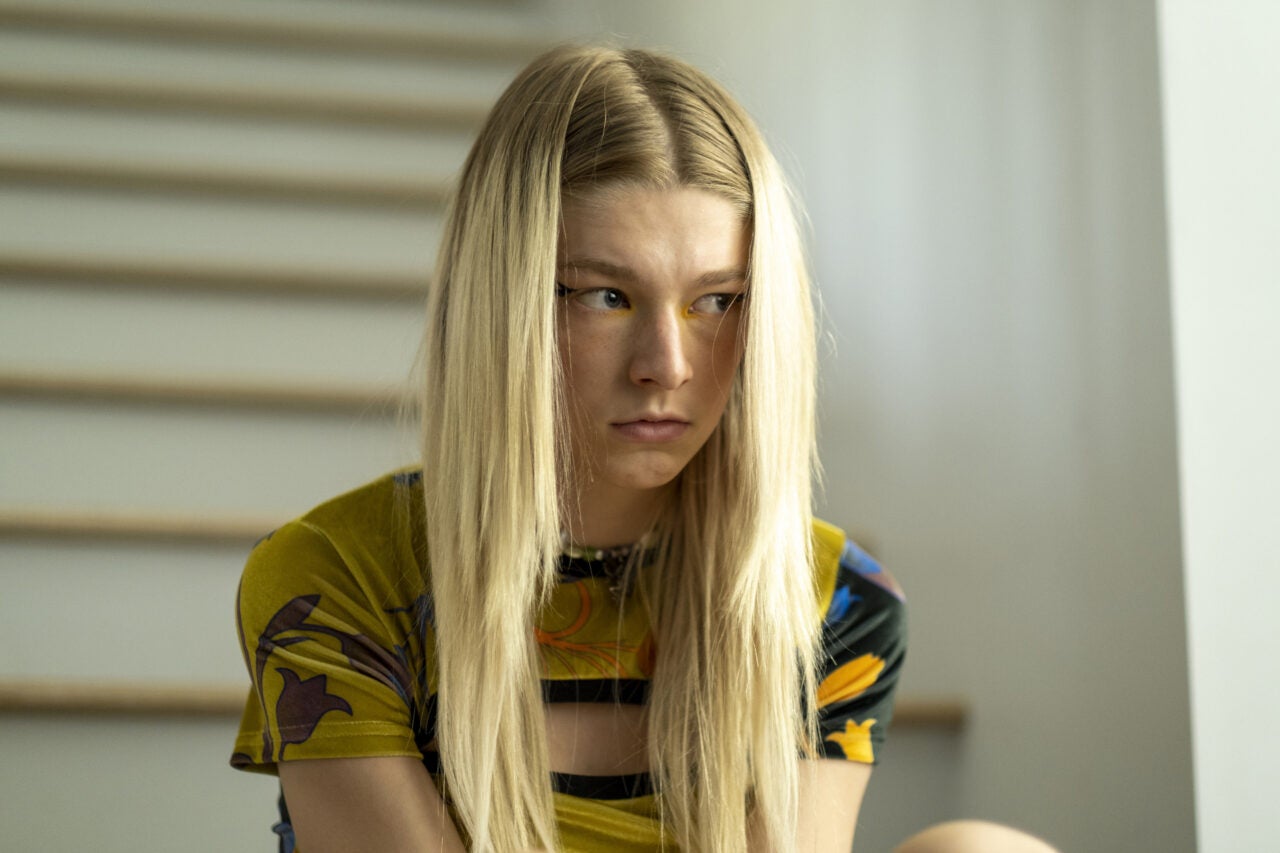 ‘Euphoria': Jules’ Side of the Story Is Revealed in 2nd Special Episode – Which Ends With a Twist 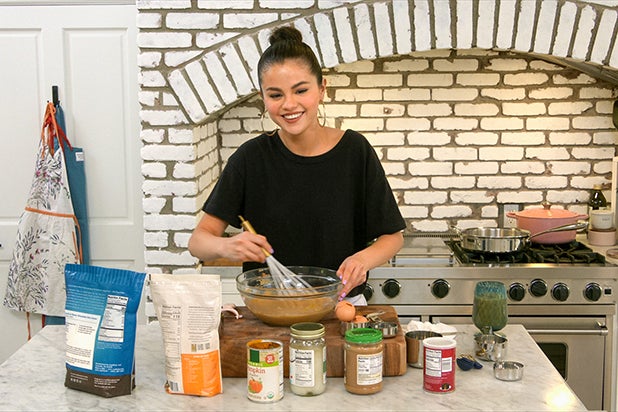