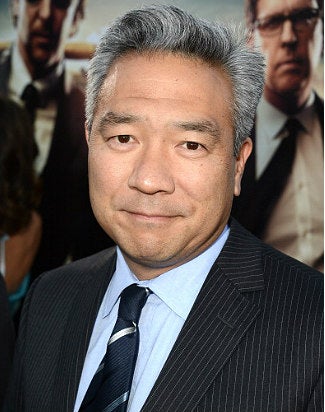 Warner Bros. CEO Kevin Tsujihara went on record for the first time about two of the studio’s biggest recent moves — its split from Legendary and its new deal with “Harry Potter” author J.K. Rowling — during a far-ranging discussion at a USC entertainment law event on Saturday.

Tsujihara was modest about his own role in WB’s new pact with Rowling, which will include a series of Harry Potter spin-offs.

“There’s never any one person who does anything. I don’t think it was anything I did,” Tsujihara told the audience at USC’s Institute of Entertainment Law and Business.

The executive also addressed the studio’s split with Thomas Tull’s Legendary Pictures, which the TheWrap first reported in February.

“We had a great relationship and a great run with Thomas and Legendary. It worked very well for both of us,” he said. “But it became a situation where our objectives kind of diverged.”

Tsujihara declined to give many specifics, but maintained that Warner Bros. was looking for a bigger slate of films than Legendary was interested in financing, which ultimately led to the parting of ways. Tull’s Legendary has already found a new partner in Universal Pictures. As TheWrap reported previously, Tull had a tense relationship with Warner’s previous studio chief Jeff Robinov.

If you’re going to do this kind of deal, Tsujihara said, “You want to do it do it on everything, and make sure it’s not a la carte. From our perspective that was the strategy that made the most sense to us.”