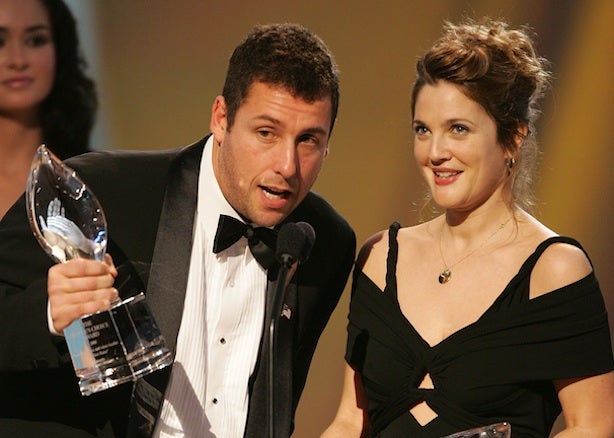 Warner Bros. has changed the name of its upcoming Adam Sandler-Drew Barrymore comedy back to “Blended,” the studio will soon announce. The movie was called “Familymoon,” but Warner Bros. decided to change the name for at least the third time on the Frank Coraci-directed film.

“Blended” was the film’s initial title. Then the studio changed the name to “Familymoon.” Now it has changed it back to “Blended.”

Also read: Adam Sandler in Negotiations to Star in ‘The Cobbler’ for Director Tom McCarthy

It remains unclear why the studio keeps going back and forth, but sources inside Warner Bros. are optimistic about the film given the chemistry of the two stars. A strong supporting cast, led by Kevin Nealon, Joel McHale and Terry Crews, helps as well.

Sandler produced the movie under his Happy Madison banner while Mike Karz produced under his Gulfstream Pictures banner.

For the record: We first reported the opposite flip — from “Blended” back to “Familymoon.” TheWrap apologizes for this error.