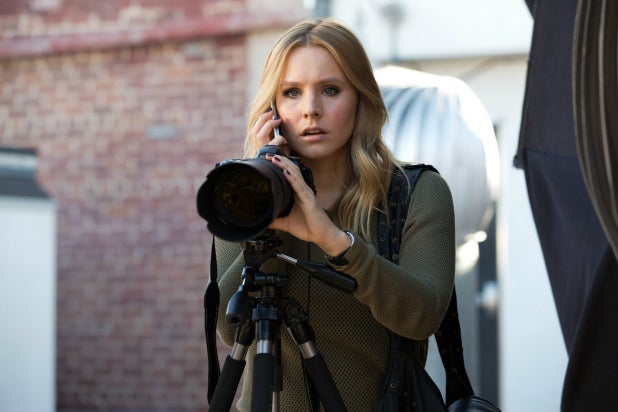 Warner Bros. will provide refunds to backers of the “Veronica Mars” crowdfunding campaign who struggled to download the movie they helped support, the studio said Friday. Irate contributors complained about their problems throughout the day, having been promised a digital download within days of the movie’s release.

Most of their vitriol is directed at Flixster and UltraViolet, the services Warner Bros. used to release the movie digitally to the project’s supporters. Anyone who tries to buy the movie now can do so using iTunes and Amazon, but backers had to use Flixster/UltraViolet and are incensed by their lack of choice.

Flixster is owned by Warner Bros.

“My first and last time using Flixster or Ultraviolet,” Jennifer Gottried wrote. “Not happy about what a pain the digital “download” is, but loved the movie!” Carolyn O’Neill said she felt “ripped off,” adding “I will not be supporting anything VMars related in the future, and may never support a similar Kickstarter project again.”

Others labeled Flixster “unreliable,” “crap,” “slow” and “punishing.” There are those who downloaded the movie without a hiccup, and those who did have been effusive in their praise. Yet the majority expressed dismay, prompting Rob Thomas, creator of the TV show and director of the movie, to post a response on Friday.

“We know that some of you have strong opinions about the decision to provide digital versions of the movie through Flixster,” Thomas wrote. “As you’ll see in the original FAQ on our Kickstarter page, we’ve always planned to include Flixster as a digital distribution platform. But I also know that many of you use iTunes, Amazon or other platforms, and would prefer to claim your digital copies on your favorite service, so we hoped we’d also be able to arrange for more options. Unfortunately, it just wasn’t possible. In the end, Flixster was the best option for getting the digital movie reward out to all of you, worldwide, at the same time.”

Thomas then suggested people get in touch with customer support, as that is the only way to get a refund.

Dissatisfied contributors will either receive $10 or a full refund after buying the movie elsewhere. That will assuage some commenters divided over whether or not to blame Thomas. But it will not spare Flixster, a movie site Warner Bros. acquired in 2011, or UltraViolet, the cloud-based movie storage service run by a studio-backed consortium.