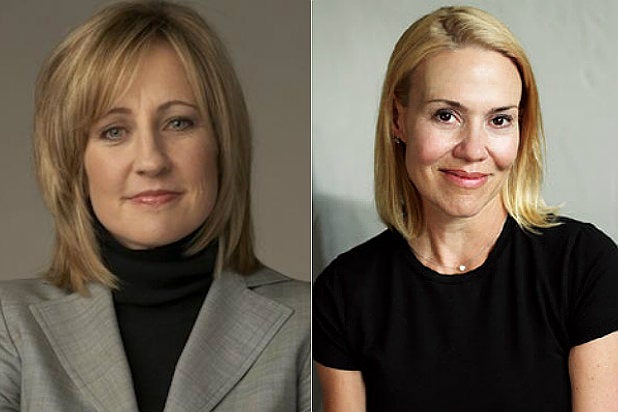 Warner Bros. has hired former White House Press Secretary Dee Dee Myers as its new Executive Vice President of Corporate Communications and Public Affairs. She replaces Sue Fleishman, who will leave the company after serving in that position for nine years.

Myers, who worked for President Bill Clinton during his first term, will oversee all external communications and strategy for the studio, reporting to Warner Bros. CEO Kevin Tsujihara. She will manage relations with the media, between her own executives, philanthropy and other corporate responsibilities. She begins Sept. 2.

“Dee Dee is a seasoned communications professional, having previously served as a White House Press Secretary, political analyst and commentator,” Tsujihara wrote in a note to staff Wednesday.

In a statement to the press, he added that the first female press secretary “brings a creative and strategic mindset to communications and public positioning. Her engaging and collaborative demeanor paired with her acute understanding of how to engage constituencies will help us strengthen our position as the leading global studio.”

Since working for Clinton, Myers has hosted a television show, consulted on “The West Wing,” served as a political analyst and consultant and written a book. She has also contributed to Vanity Fair, where her husband, Todd Purdum, is a contributing editor.

Fleishman has worked in Hollywood for two decades. She took the top communications job under the previous regime at Warner Bros., ascending to the her current position when Barry Meyer was still CEO. Tsujihara succeeded Meyer last year. She previously worked at Universal Studios and Sony.

“It was a great run at a wonderful company,” Fleishman said in a statement. “I would like to thank everyone at Warner Bros., particularly my exceptional team, for making each day fun and rewarding. “

In the same note to staff, Tsujihara praised Fleishman for “a number of important contributions to the company in both the communications and public affairs areas.”

“She helped the Studio masterfully navigate the constantly evolving 24/7 news and media environment and also established an international team, based in London, to help unify the company’s messaging with a global perspective,” he wrote. “She further oversaw the rollout of a number of key corporate responsibility programs and initiatives around the world.”