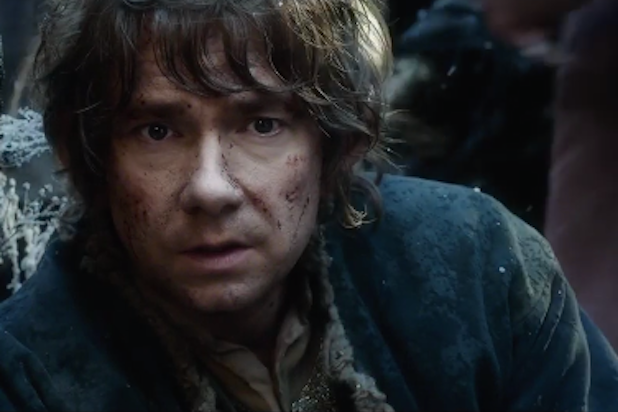 Warner Bros. prevailed in its battle with Bob and Harvey Weinstein over the money for the second and third installments from “The Hobbit” franchise.

On Friday, arbitrator Bernard Fried ruled in favor of Warner Bros. and decided that the Weinsteins were owed nothing from the sequels to the fantasy franchise, an individual with knowledge of the situation told TheWrap. Neither Warner nor the Weinsteins have issued an official statement on the matter.

Miramax controlled rights to the J.R.R. Tolkien classics in the 1990s. While the Weinsteins signed away the film rights to the fantasy novels to Warner Bros. subsidiary New Line back in 1998, the deal still gave five percent take of the “first motion picture” based on “The Hobbit” book. The Weinsteins did not anticipate that the novel would spawn sequels, and the franchise was eventually turned into three blockbuster films, including followup films “The Hobbit: The Desolation of Smaug” and “The Hobbit: The Battle of the Five Armies.”

See video: ‘The Hobbit’ Takes Over Air New Zealand’s ‘Most Epic Safety Video Ever Made’ (Video)

Warner Bros. claimed that the Weinsteins are only due five percent of “The Hobbit: An Unexpected Journey,” but the Weinstein brothers demanded profits from the others and filed a suit for $75 million in 2013 for their share of the sequels.

Also read: 'The Hobbit: The Battle of the Five Armies' Gets Epic Full Trailer (Video)

Warners’ representation was John Spiegel at Munger Tolles & Olson in Los Angeles and Evan Chesler at Cravath Swaine & Moore in New York. The Weinsteins were represented by Boise Schiller.

“The Hobbit: Battle of the Five Armies” hits theaters on Dec. 17.