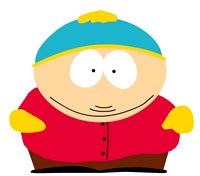 Buried in the last paragraph of the New York Times story about the failed Times Square bomb plot was this:

The S.U.V. was parked near the headquarters of Viacom, fueling suspicions that the attack was related to a controversy surrounding “South Park,” the Comedy Central cartoon program that recently censored an episode that portrayed the Prophet Muhammad. Viacom owns Comedy Central, and police have not ruled out the connection.

Spokespersons for Viacom and Comedy Central declined to comment when contacted by TheWrap.

My take: I think it’s a pretty big leap to connect an explosive-packed Pathfinder parked in Times Square near the Viacom building — on a Saturday no less — to a controversial "South Park" episode. And until the authorities do find a link, police commissioner Ray Kelly can’t rule any connection out, however loose.

But, at least in theory, "South Park" is as viable a motive for terrorism as any — America’s pop culture exports have angered plenty of people in other cultures over the years. And "South Park" is a lightning rod for controversy, particularly lately.

"We have to warn Matt and Trey that what they are doing is stupid and they will probably end up like Theo van Gogh for airing this show," said a post on the Web site RevolutionMuslim.com. "This is not a threat, but a warning of the reality of what will likely happen to them."

(Van Gogh was a Dutch filmmaker who was "murdered in 2004 by a Muslim angered by his film about Muslim women.")

But Younus Abdullah Muhammed, who runs the site, told the New York Daily News the group was not involved in Sunday’s plot.

"What do you think, I commanded somebody to blow up a building in the middle of Times Square?" Muhammed told the paper.