Washington Post veteran political reporter David Weigel has apologized for retweeting a sexist tweet after he was called out by his female colleague.

Friday Weigel retweeted a tweet from YouTuber Cam Harless, who wrote, “Every girl is bi. You just have to figure out if it’s polar or sexual.”

Felicia Sonmez, who covers politics also at WaPo, put Weigel on blast, tweeting, “Fantastic to work at a news outlet where retweets like this are allowed!” 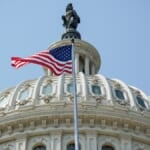 “Editors have made clear to the staff that the tweet was reprehensible and demanding language or actions like that will not be tolerated,” Washington Post Spokesperson Kristine Coratti Kelly said in a statement given to CNN.

CNN senior media reporter Oliver Darcy shared on Twitter a message Washington Post national editor Matea Gold wrote to staffers that said, “I just want to assure all of you that The Post is committed to maintaining a respectful workplace for everyone. We do not tolerate demeaning language or actions.”

Following the backlash, Weigel removed the retweet from his Twitter page and issued an apology: “I just removed a retweet of an offensive joke. I apologize and did not mean to cause any harm,” Weigel tweeted.

Last year, Sonmez sued the Washington Post for discrimination. She also sued former executive editor Marty Baron and other editors at the paper.

Sonmez sued for discrimination she said she experienced after revealing she is a sexual assault survivor. Baron retired from his role in February 2021, but under his leadership, Sonmez was banned from covering stories that involve sexual assault. In March 2021, she announced on Twitter — after colleagues rallied around her — that the ban, which impacted her ability to cover #MeToo and the allegations that surfaced against Supreme Court Justice Brett Kavanaugh during his confirmation process, had been lifted.

“I’m not planning on going anywhere. The Washington Post needs to do better. I just want to do my job,” Sonmez tweeted the day before saying the ban was lifted, tagging editors Steven Ginsberg, Cameron Barr, Lori Montgomery and Peter Wallsten. Ginsberg, Barr and Montgomery were named in Thursday’s suit, as was managing editor Tracy Grant. 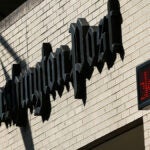