The Washington Post gaming reporter Gene Park revealed in a tweet Tuesday that he has been diagnosed with colon cancer.

“I have cancer,” Park wrote, “I will fight it. The fight’s already begun. Thank you all for listening. I’m humbled by your concern and support.”

The former West coast reporter also attached a link to a Youtube video, titled “A Cancerous Gene,” in which Park explained his diagnosis, sharing that he recently underwent surgery and plans to start chemotherapy.

In the video Park also addressed his cancer’s ties to COVID. He previously tweeted his suspicions that he had long COVID on January 24. “It wasn’t long COVID that was giving me fatigue,” Park said in the video, “but the COVID certainly didn’t help. What we think is that it definitely helped the colon cancer speed and run and become bigger.”

The good news — as Park puts it — is that his colon cancer has not metastasized and that there is no sign of cancer in his liver, lungs or his spine.

Park further elaborated on the initial surgery that he underwent last week, saying that it helped to reconstruct the area, and noted that he will be starting chemotherapy in a week and a half. He explained that the chemotherapy will ideally shrink the tumor before ultimately having surgery to take it out before the end of the year.

Despite guidance to get checked at 45, Park noted that being diagnosed at 40 is very young, although his diagnosis might reflect a trend of men being diagnosed with colon cancer younger and younger. “I’m now one of them,” Park said. 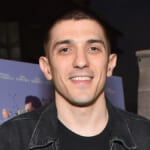 “I’ve done so much work, so much work over the last several years to get away from that dark place,” Park noted. “I look at every day where I draw breath as a complete gift. And I definitely don’t want to lose that.”

Although the video games reporter also noted that he is currently on medical leave from The Washington Post, Park mentioned that writing about and playing video games helps him help and maintain a sense of normalcy.

Park concluded by sharing his appreciation for his fans and supporters and shared a promise that he will be there for them as well.