The Washington Post announced Monday “a major expansion” that will see the addition of 41 new editors, two of whom will be featured on the paper’s masthead.

They added, “The expansion will allow us to create a greater number of career paths across the newsroom and increase the number of journalists of color in editing roles.” 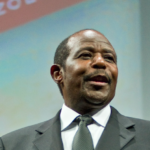 Two new deputy managing editors will join the masthead to help run the daily report, which will ensure a senior editor is available to direct news coverage from 7 a.m. ET until the late evening. Eight new assignment editor positions will open up in the outlet’s photo, national, metro, investigations, design and business departments. Further, eight of the new positions will be for assistant editors, who will work with assignment editors and oversee coverage. Five new multi-platform editors will join the company, as will eight breaking-news and weekend editors, including a supervision producer, in the video, photo, national, features and business departments. There will also be two new project editors on the designs team, along with three visual enterprise editors who will work on politics, health and science and climate and environment. Finally, the business department will get an audience strategy editor and two new standards editors will be hired along with a senior editor and assistant editor whose jobs will be dedicated to recruitment.

“This expansion demonstrates anew that The Washington Post is an ascendant news organization, with boundless ambitions and a growing capacity to meet them. We hope you’ll join us in taking a moment to reflect on all we have accomplished – it is your success that enables the company to strengthen the newsroom in this way. We feel privileged to join you in the important work that lies ahead,” said the editors in their internal memo, which was later posted to the Washington Post’s digital site.