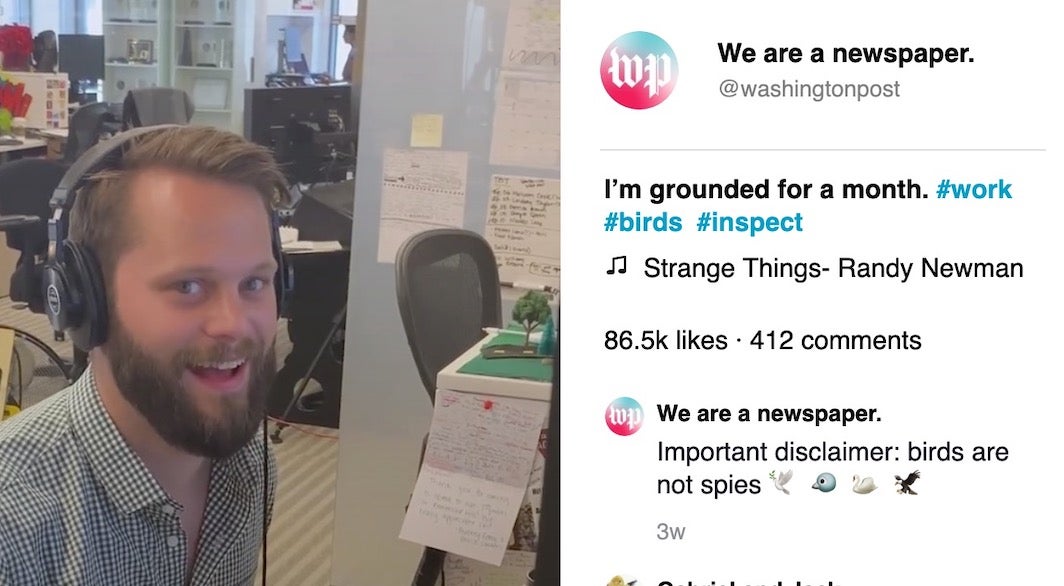 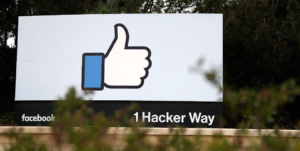 ”It’s sort of absurdist humor and I never thought I’d get to do it at the Post,“ Post reporter Dave Jorgenson says

The Washington Post’s slogan is “Democracy dies in darkness,” but for the last several months the paper revels in lightness on the youth-skewing social media platform TikTok.

Dave Jorgenson, a video reporter best known from the paper’s “Department of Satire” clips, has offered consumers a lighter approach with his embrace of the app that the Post itself has described as “at its core, is an app for creating and sharing short videos set to music.”

Since launching on TikTok in May, the Post has garnered over 60,000 followers for up-to-15-second videos that have featured Pulitzer-winning éminence grise Bob Woodward acting like a video game avatar, national arts reporter Geoff Edgers deciding if other users’ uploads are Art or Not Art and book critic Ron Charles making a hat out of a newspaper.

(NBC News, by comparison, has a little over 11,000 followers on its six-month-old TikTok account.)

Maybe none of that seems like the ideal content or consumer demographic for a reputable newspaper seated in the heart of the nation’s capital, but Jorgenson is thinking long-term — about future news consumers as well as future journalists. Since its launch two years ago, TikTok has become a valuable tool in reaching young consumers: Fully 60% of U.S. users are between 16 and 24, according to MediaKix’s analysis.

To some older adults and news sources, TikTok users’ preference for bizarre, nonsensical humor and “cringe”-y content is a source of confusion or consternation. A Rolling Stone reporter called it the first app that ever made her “feel old.” When the app topped the most-downloaded list on the app store, TheWrap asked, “What the Hell Is TikTok?”

With influencer marketing agency Mediakix reporting 500 million active monthly users for the app, including 26.5 million in the U.S., Jorgenson sees an untapped audience that might not otherwise experience Post content. “Most of the users on there either saw the movie ‘The Post’ or think washingtonpost is some random username,” Jorgenson told TheWrap. Some have even asked whether the username refers to Washington state or D.C., he said.

“Eventually, they will be full-grown adults who can get the news from us,” he explained. “It’s really good for sort of the overall brand of the Post that we are showing not only do we understand what’s going on in D.C. and report on it, but we are listening to younger Americans.”

Jorgenson said he hopes to incorporate more actual news into the short TikTok videos “certainly by the end of the year, if not in the next couple of months.”

He’s also surprised as anyone else that the Post has gone along on this adventure. “It’s sort of absurdist humor and I never thought I’d get to do it at the Post,” he said. It started in March, when he sold his bosses with a seven-page proposal. After getting a firmer “yes” in May, he said he jumped on the project “before they could change their minds.”

Comments under recent videos that could only be described as “absurdist humor” show he seems to be doing it. They include users lauding the Post for doing “trends better than half the people who take part in said trends” and being “the only company that actually makes good content.”

Saba Hamedy, a CNN alum and current Huffington Post news editor, thinks TikTok could even inspire young people to pursue a career in journalism. When she taught multiplatform reporting to a high school journalism workshop in California this summer, she said used the Post’s TikToks as an example of what nontraditional media can look like.

“It’s important for so many reasons,” she told TheWrap. “For one thing, they are natives to these apps, meaning they are better at them than we all are. This means they can potentially utilize the apps in more creative ways when it comes to storytelling.”

She added, “Being able to master the digital apps in more just than a social way also makes them more marketable for jobs in journalism and beyond.”