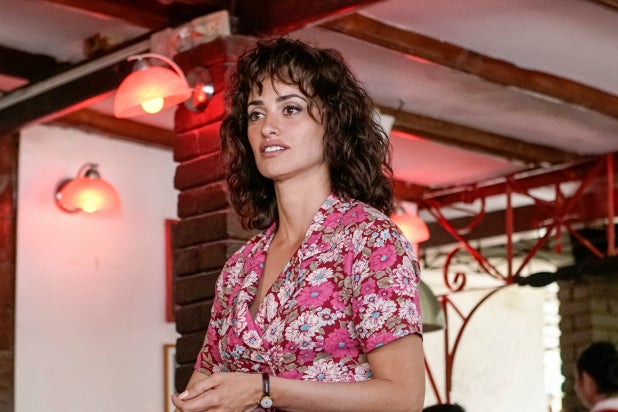 It’s unusual for a Western film to present spies for Fidel Castro as the heroes. And that novelty, alas, is one of the few selling points of “Wasp Network,” a surprising disappointment from Olivier Assayas, one of the more interesting and eclectic filmmakers working today.

Assayas previously teamed with Edgar Ramírez on the gripping “Carlos,” but this time, the true-story aspect of this docudrama seems to have bogged down the filmmaker. When he has occasion to put the plot aside and focus on the characters, “Wasp Network” comes to life, but these moments are too few and far between.

The story itself is fascinating — in the 1990s, Cuban pilots René González (Ramírez) and Juan Pablo Roque (Wagner Moura, “Narcos”) made headlines by escaping Cuba and defecting to the United States. (González flew out in a small plane in 1990; Roque swam to Guantanamo Bay two years later.)

Both men got involved with Cuban-exile organizations in Miami — these groups’ missions ostensibly involved patrolling the skies between Cuba and Miami to rescue those escaping via raft, and sometimes buzzing Havana to drop anti-Castro leaflets. But the flights also turn out to involve drug smuggling and gun-running, with the hopes that committing acts of violence at Cuban resorts would damage the already fragile economy of a country heavily reliant on tourism.

The switcheroo is that González and Roque were both secretly part of a network of spies for the Cuban government, remaining loyal to the Castro regime and helping to undermine Cuban-American efforts to oust him. There’s such a high level of secrecy involved that González’s wife Olga (Penélope Cruz) gets left behind in Cuba and has to face constant scorn from people who think her husband was a traitor. (She eventually joins him and learns the truth.) And as Roque gets married to Cuban-American Ana Margarita Martinez (Ana de Armas, “Blade Runner 2049”), he keeps mum about how he can afford their lavish lifestyle, assuring her only that it has nothing to do with drug trafficking.

Assayas, adapting Fernando Morais’ book “The Last Soldiers of the Cold War,” crafts these two central relationships with greater care than he does the espionage storyline. When Ramírez and Cruz, or Moura and de Armas, are on screen together, addressing the human cost involved in spycraft, “Wasp Network” becomes much more interesting. When it veers away from them, the film seems mostly comprised of conversations in restaurants, where new characters and organizations are constantly being introduced. (Seriously, you could create a drinking game over the number of tabletop exposition dumps.)

It’s like trying to keep track of all the players in a lengthy Vanity Fair true-crime piece, and after a while, you just wish it would concentrate on the main characters and not the larger conspiracies, no matter how many on-screen chyrons we get lurching us from “HAVANA” to “TAMPA AIRPORT” and points beyond. The film has interesting points to make about governments outside of the United States playing the same dirty tricks that the U.S. has played for decades, but they get lost amidst the clunky plotting.

Editor Simon Jacquet (“Non-Fiction”) makes a Herculean effort to keep the pace lively, but there’s only so much he can do with so many prosaic conversations; he really gets to shine in a segment involving the planting of bombs at several Havana hotels.

The central performances — including Gael García Bernal as a spymaster — are all engaging, and they’re even more impressive given the level of accent work on display: de Armas is the only one of the five leads who’s a native Cuban, but Spaniard Cruz, Venezuelan Ramírez, Brazilian Moura and Mexican García Bernal (the latter playing a Cuban agent occasionally affecting a Puerto Rican accent) hit all the right diphthongs.

In recent years, Assayas has created such modern classics as “Clouds of Sils Maria,” “Personal Shopper,” “Summer Hours,” “Carlos,” “Non-Fiction” and “Something in the Air.” Even the greats slip a bit every now and then.