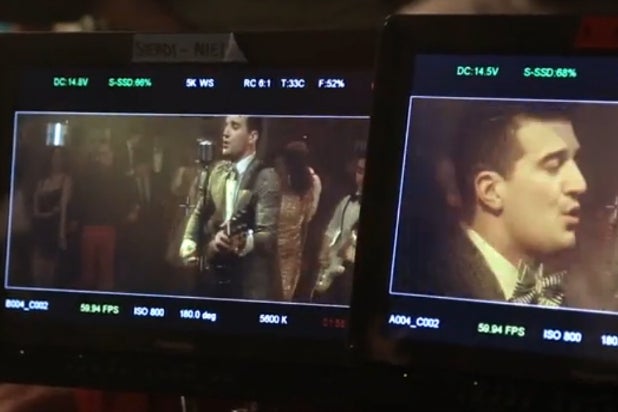 Earlier this week, veteran “Dancing With the Stars” pro Mark Ballas dropped his debut single, “Get My Name,” which was produced by Wizz Dumb and co-written by Jo’zzy.

Ballas performed the single Monday night on “DWTS” and had the song title trending worldwide — twice — with hashtag #GetMyName. It also moved the song to No. 24 on the iTunes chart.

The full music video will debut on the MTV Hits channel the week of May 19.

“Dancing With the Stars” was renewed by ABC on Friday for its 19th season.

Watch the one-minute teaser below: