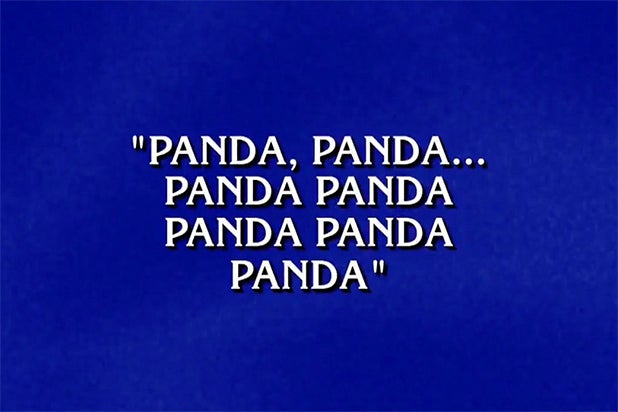 The syndicated game show is hosting its collegiate-level tournament this week and featured the category “Let’s Rap Kids!” which had the contestants guess the artist from the provided lyrics.

Among the songs Trebek was tasked with rapping were “Famous” by Kanye West, “Started From the Bottom” by Drake, “6 Foot 7 Foot” by Lil Wayne and Desiigner’s 2016 hit “Panda.”

“I was just getting into this rap thing,” Trebek said at the end of the round. “I’m not too good at it, but I was getting into it.”

This is not the first time Trebek has rapped on the show. He previously recited the lyrics to the Drake and Future collaboration “Jumpman” in a 2016 episode.

Watch the clips from Monday’s episode below:

There's a rap category on Jeopardy, and Alex Trebek's got BARS. pic.twitter.com/W5NGCBREdf

Here's Alex Trebek rapping on @Jeopardy for those of you not watching ???? pic.twitter.com/FANczhVSl7

Arguably the raunchiest answer in game show history came on a 1977 episode of "The Newlywed Game," which has since become an urban legend.
View In Gallery