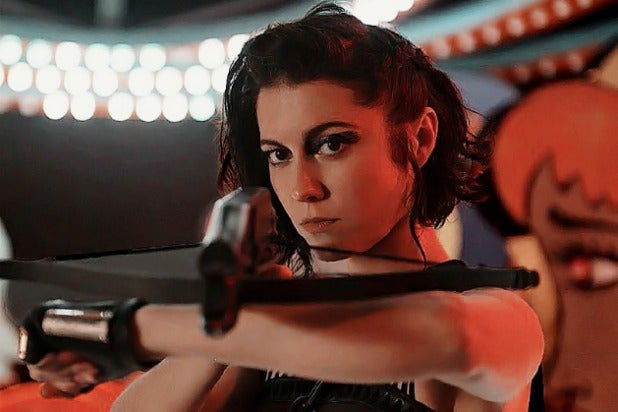 “Birds of Prey” director Cathy Yan revealed on Twitter Saturday that the filming of one fight scene led to a head-on collision between Huntress (played by Mary Elizabeth Winstead) and the film’s cinematographer, Matty Libatique.

The scene in question comes during the funhouse fight between the Birds of Prey and Black Mask’s henchmen. At one point, the vengeful Huntress tackles one of the mooks and stabs him as she rides him down the funhouse slide like a sled. But Yan says that when Winstead and the stuntman she was riding on slide into the camera, that wasn’t a clever bit of editing. It turns out that Libatique “got destroyed by [Winstead] and the 200 pound stuntman. That shot going to black was the collision.”

Watch the clip below to see the scene she’s referring to.

Also Read: No, Warner Bros Did Not Change the Title of 'Birds of Prey' - But Theater Chains Did

That cameraman was our DP, Matty Libatique, who got destroyed by MEW and the 200 pound stuntman. That shot going to black was the collision. https://t.co/Nwo90RblJg

Even as it has fallen below expectations at the box office, “Birds of Prey” has earned a cult following with DC fans thanks in part to the sort of gonzo, unpredictable cinematic style that led to shots like this one. And it wasn’t just Yan and the actors who wanted to have a wild time. Libatique, who has received two Oscar nominations for his work on “Black Swan” and “A Star Is Born,”  was ready to put his body and very expensive camera on the line in the name of entertainment.

“To be clear, Matty was totally fine,” Yan tweeted. “Walked right out of the tunnel like the badass he is. He also volunteered to do this.”

“Birds of Prey” is now playing in theaters.