TheWrap co-host-ed its first New York event on Monday, with Flicktweets, a film-lover-meets-Twitter delight. (You can 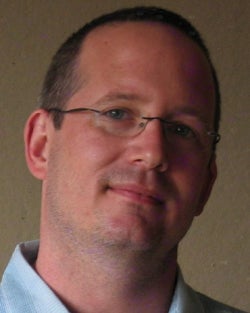 find the latest tweets about your favorite films, and there’s a section on Tribeca festival films.)

Please join the event by watching it on Livestream’s feed. (Above, and here’s a slideshow. Photos by Susan May Tell)

Ted Hope, the independent film veteran and crusader for figure-this-shit-out-already-wouldja of the indie world, joined Chris Hyams and myself to discuss how social media is impacting independent film. Ted blogs regularly at TheWrap about his thoughts regarding how the indie film world must evolve or die. And he’s written a widely-read manifesto on the topic, encouraging filmmakers to take the destiny of their film into their own hands.

Hope argued for a "participatory culture" to sustain the relationship between the indie filmmaker and his or her audience.

Hyams is a Renaissance character (if the Renaissance had featured computer technologists and architects at once)  who founded B-Side, a company devoted to engaging film festival-goers with a web application that helps them schedule their activities at the festival. That company shut down about a month ago, but was just scooped up by Slated, which formed a partnership with the Independent Feature Project. 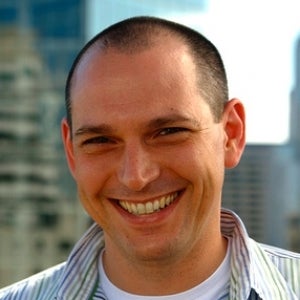 And he has a new and somewhat mysterious business plan that he will soon announce with a partner, called Slated LLC.  We had a lively debate. You can watch it on our front page at dailies, or embedded here.

Hyams argued that social media cannot be a "panacea" for what ails independent film. But it is a potent tool, and part of what is emerging as a sustainable solution to the problems of distribution, audience engagement and – ultimately – creating revenue.