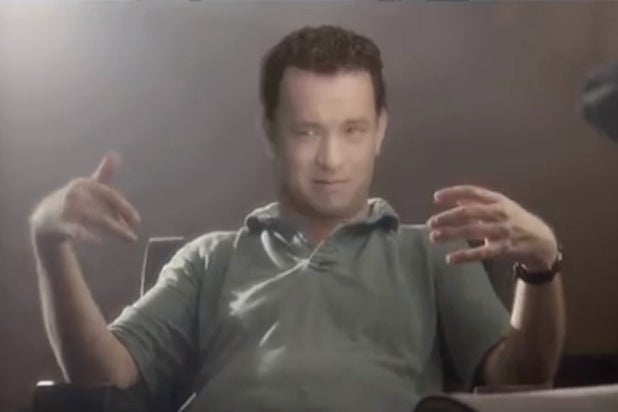 Tom Hanks has been given a very not-safe-for-work gangsta rap makeover by a comedic hip-hop group, earning the thumbs up from his rapper son.

Also read: Tom Hanks Wants to Play The Flash, Or at Least ‘Throw a Shield at Somebody’ (Video)

“There are a lot of great actors out there in the world,” the duo exclaim. “Vince Vaughn comes to mind. David Duchovny. But there’s only one man you can call the greatest.”

Hanks rapper son Chet Haze (aka Chester M. Hanks) endorsed the video in a tweet. “@BUCKWHEATGROATS thank you for this work of genius.”

No word yet on whether the actor endorsed his participation in this very off-color musical ode.

Watch the NSFW music video below: