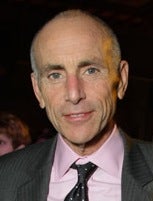 Kevin McCormick is leaving his post as production president of Warner Bros. Pictures at the end of the year. He will become a producer at the studio starting Jan. 1

McCormick’s post at the studio will not be filled. Jeff Robinov, president, Warner Bros. Pictures Group, said he will assume some of the job responsibilities, while others will be dispersed among various other staffers.

"When we first discussed my becoming president of production, I told Jeff that I would make a commitment of two years, McCormick, who has been in the post since early 2008,said in a statement. "I realized it would lead me away from the creative side of filmmaking, which is what I most care about."

According to the studio, McCormick’s new production unit will immediately start work next year on "Dead Spy Running," which is being adapted by Stephen Gaghan; "The Lucky One," which will be directed by Doug McGrath; and a remake of the Dudley Moore film "Arthur," written by Eric Roth.

"Kevin is a great film executive with a keen understanding of the entire filmmaking process," said Robinov, also in the studio statement. "This knowledge, along with his innate creative talents and incredible taste, will serve him well as a producer."

During his tenure as a Warner film executive, McCormick has been involved with successful projects including "The Perfect Storm," "Blood Diamond," "The Last Samurai," "Insomnia," "Syriana," "Tim Burton’s The Corpse Bride" and "Charlie and the Chocolate Factory."

He leaves with the studio enjoying one of its best years. In fact, "Where the Wild Things Are’s" $32.5 million opening over the weekend represented the studio’s ninth No. 1 premiere in 2009.