The domestic box-office continued its chilly start to the summer season, debuting four underwhelming new wide releases amid an overall market that was off 23 percent from the same weekend in 2009.

Only one film broke the $20 million barrier, 3-week-old 3D holdover "Shrek Forever After" ($25.3 million). The new entries were headlined by Universal’s Judd Apatow-produced "Get Him to the Greek," which debuted to $17.4 million.

That was in line with tracking estimates for the $40 million film, co-produced with Relativity Media and Spyglass Entertainment, and featuring the talent from 2008’s "Forgetting Sarah Marshall" (director Nick Stoller, writer Jason Segel and stars Russell Brand and Jonah Hill).

"Greek’s" premiere was also in line with the opening of "Sarah Marshall," which started out to $17.7 million in April 2008 on the way to $63.2 million domestically.

With Warner’s "The Hangover" picked to open in the low $20 millions on this weekend in 2009, and ending up with around $45 million, there were some who speculated that "Greek" could be the R-rated summer comedy that kicks the summer up a notch this year.

"The movie is funny in the way of ‘The Hangover,’" noted Roger Ebert.

But that didn’t happen.

In a conference call with investors earlier in the week, Lionsgate officials said the film’s $75 million budget — a record high for the studio — was mitigated by tax breaks and foreign presales. However, they conceded the movie would probably have to open in the $20 million range to be profitable. 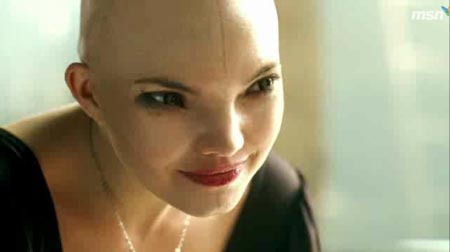 Voice-starring Owen Wilson and George Lopez, "Marmaduke" was co-produced with New Regency at a cost of $50 million. That price tag is in line with the studio’s also-comic-strip-adapted "Garfield," which opened to $21.7 million in 2004 on the way to a $200.8 million global haul.

Despite solid reviews, this film appears as if it will add to a growing streak of misfires for Silver, who also put out the money-dispatching "Losers" through Warner last month.

Meanwhile, among holdovers, Disney’s Jerry Bruckheimer-produced "Prince of Persia: The Sands of Time" declined just over 50 percent in its second weekend, finishing in fourth place with $13.9 million. The $200 million-plus film has now grossed $215.9 million worldwide.

Warner’s "Sex and the City 2" finished fifth with $12.6 million, a decline of about 60 percent that brought its two-week total to $73.4 million.

Overall, the box office was down year-to-year for the second straight weekend, leading one studio distribution official to concede, "I’m concerned. I think all the negative publicity about ticket prices is having an effect."

Here’s a look at the top 10 at the domestic box office this weekend: