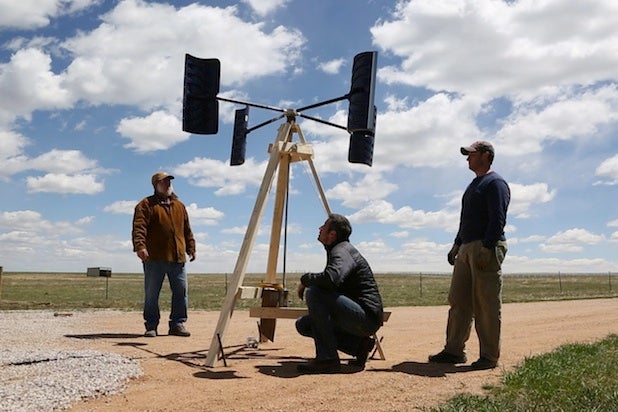 The Weather Channel has greenlit two new unscripted series under the working titles, “Brainstormers” and “How Weather Created a Monster,” which will give viewers a more immersive understanding of weather and how it affects their lives.

Additionally, the cable channel has renewed “Tornado Alley” for a second season.

It features three men — a father, son and their friend — who are constantly looking for ways to harness the power or find everyday applications from bad weather. “Brainstormers” is set to premiere in March 2015.

Sean Duggan of “How Weather Created a Monster” WT

Meanwhile, “How Weather Created a Monster” is set to premiere in the second quarter of 2015 with an order of eight hourlong episodes. Produced by Karga Seven Pictures, the series follows explorer Sean Duggan as he searches out the most obscure and unique animals and the ways they’ve adapted to life in some of the most remote areas of the world.

“There are so many amazing ways that weather shapes our lives,” said Weather Channel president, David Clark, in a statement. “With these two new series, The Weather Channel delves far beyond the usual weather stories to show just how pervasive weather’s impact is.”

Also from Karga Seven Pictures, “Tornado Alley,” pulls back the layers on tornados, the havoc they wreak and the lives they’ve affected. It will return in Q2 of 2015 with 12 new hourlong episodes. It’s Weather Channel’s third highest rated series of all time.