Word has been leakin 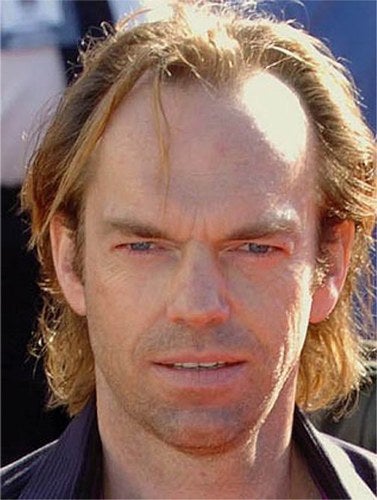 g out for weeks, but Marvel Studios confirmed on Tuesday that Hugo Weaving will play the villain in "Captain America: The First Avenger."

Weaving, who has done similar work as the heavy in the "Matrix" franchise, will bedevil Cap as Johann Schmidt aka the Red Skull. In the comics, Schmidt was a Nazi saboteur who wore a signature blazing red skull mask.

Though he didn’t have any super powers, he was extremely smart and exceedingly evil. Plus, we’re betting his costume is a lot more memorable than Cap’s star spangled tights.

In addition to his role as Agent Smith in "The Matrix," Weaving has also appeared in such big budget movies as "The Lord of the Rings" trilogy and "V for Vendetta."

With Weaving’s signing, the major roles in the superhero movie have been nailed down. Chris Evans has already been cast as Captain America and Hayley Atwell will play love interest Peggy Carter.

Joe Johnston is directing the movie, which will be distributed by Paramount and released on July 22, 2011.