Jared Leto’s take on WeWork founder Adam Neumann might just be crazy in the new trailer for the Apple TV+ series “WeCrashed.” But he’s got a partner ready to do it all with him.

The new footage from the limited series, which is based on the hit Wondery podcast “WeCrashed: The Rise and Fall of WeWork” from Lee Eisenberg and Drew Crevello and hits Apple TV+ on March 18, focuses more on the love story behind WeWork, as Leto’s Neumann and Anne Hathaway’s Rebecca Neumann come together. But Rebecca has ambitions of her own. 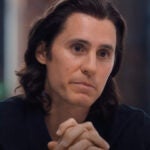 The footage also gives audiences their first look at America Ferrera’s character, as she asks Rebecca, “Is Adam for real?” Rebecca assures her friend that “I wouldn’t be with him if he wasn’t.” That said, as they go on the journey of creating and promoting WeWork together, Rebecca makes it clear that she definitely wants to be more than just a “muse.”

The trailer also gives fans a look at how WeWork got its name — and it isn’t either of the Neumanns who land on the final answer.

You can watch the full trailer for “WeCrashed” in the video here and above.

According to Apple TV+’s description of “WeCrashed”: “The series is inspired by actual events — and the love story at the center of it all. WeWork grew from a single coworking space into a global brand worth $47 billion in under a decade. Then, in less than a year, its value plummeted. What happened?” 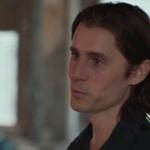 “WeCrashed” is created by Eisenberg (Spirit Award-nominated “Little America,” “Good Boys”) and Crevello (“The Long Dark”), who also serve as co-writers, executive producers and co-showrunners and is directed by John Requa and Glenn Ficarra (“This is Us,” “Crazy Stupid Love”).

The first three episodes of “WeCrashed” will be released on Apple TV+ on March 18, followed by new episodes weekly. The series is eight episodes in total.