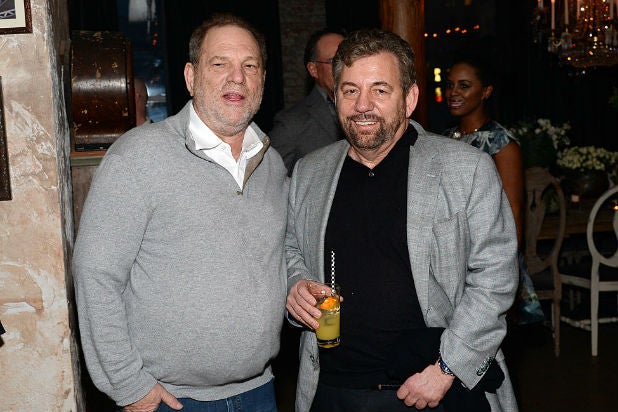 Cablevision CEO and Madison Square Garden Executive Chairman James Dolan has left his seat on the board of The Weinstein Company, TheWrap has learned.

The executive and longtime pal of Harvey Weinstein will be replaced by Avenue Capital founder and Milwaukee Bucks co-owner Marc Lasry.

“Jim Dolan is one of my and Bob’s best friends. His insight into business has led us to grow an unbelievably successful TV division. He was the biggest impetus, years ago, for us getting into TV in a big way — we owe him for that,” Harvey Weinstein said Tuesday through a company spokesperson.

Also Read: Lin-Manuel Miranda's 'In the Heights' Adaptation Dances Over to Weinstein Co

“I appreciate all that Jim has done for the company,” Weinstein added.
“Bob and I are both looking forward to Marc Lasry joining the board in Jim’s place. Marc’s a brilliant businessman whose interest in companies all over the world will provide our board with valuable insight. Marc’s successes into the world of business are legendary and we will certainly profit as a company from his knowledge.”

The rep did not specify when the change would take effect.

Dolan, an entrenched New Yorker, was a former president of the New York Knicks.

His standing at Cablevision is also up in the air, given the broadband provider was acquired Tuesday by conglomerate Altice, according to the Wall Street Journal.

Lasry is a founder of Avenue Capital, an international hedge fund that employed Chelsea Clinton as an associate in her early career. Lasry is also a co-owner of the Milwaukee Bucks.

TheWrap reported about board tensions at TWC last August, when company COO David Glasser had announced plans to leave the company. He later reversed his decision and renewed his contract.

The board change was first reported by The Hollywood Reporter.