As Harvey Weinstein gears up for another awards season, the company he built faces a new and challenging phase with the loss of talented top executives and tense negotiations with his board of directors over new contracts for himself and his brother, Bob.

COO David Glasser, who announced this month that he will leave The Weinstein Company in November after seven years, is the most painful loss to the company as he played a key role in building its lucrative television division and served as a critical adviser to the Weinsteins on business deals.

Many other departures have recently struck TWC: the heads of Radius division Tom Quinn and Jason Janego, production VP Julie Rapaport, who left for Amazon, president of production and acquisitions Dylan Sellers and president of television Meryl Poster.

Glasser and the Radius chiefs were reportedly offered new contracts, but elected to move on to other opportunities. And the marketing team is still reeling with less experienced replacements for Stephen Bruno, who left nearly a year ago for Netflix. A Weinstein executive disputed that Bruno’s exit was an enduring issue, and said that Glasser could not get the board to meet his demands for a new contract.

Meanwhile, the Weinstein brothers are at loggerheads with key members of their board of directors — including Tarak Ben Ammar, Lance Maerov and Tim Sarnoff — over new contracts, an individual with knowledge of the discussions told TheWrap. The contracts are up in December.

The board — which has seen the Weinsteins’ post-Miramax venture achieve two Best Picture wins, lucrative television projects and a series of moderate wins at the box office this year — is apparently nervous about the departure of Glasser and anticipating further executive exits in his wake. 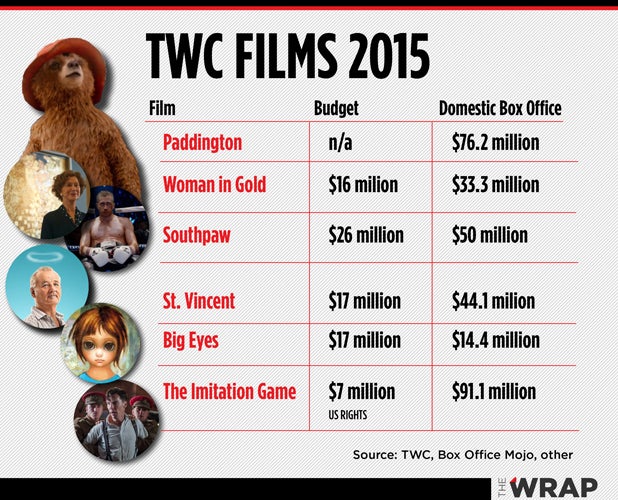 Furthermore, the board is insisting on provisions in the new contracts to keep the Weinsteins accountable for business decisions given their history of veering into peripheral ventures like fashion and digital startups.

Maerov, an SVP at the advertising giant and TWC investor WPP, is said to be leading the negotiations for the board. One knowledgeable individual referred to the tension between the board and the Weinsteins as “all-out war.”

Update: In a statement to TheWrap on Friday, the board stated its support for the Weinsteins:

The Board of The Weinstein Company wishes to reiterate its full support of the Company’s Co-Chairmen, Bob and Harvey Weinstein.  We are particularly proud of the highly-successful, world-class television division that Bob and Harvey have created in a short period.   While we wish the best of luck to the TWC executives who have recently departed from the Company, we are confident in the future of the Company’s movie and TV divisions under Bob and Harvey’s leadership.

In an interview with TheWrap, Harvey Weinstein denied any board troubles.

“The only tension there was, we [Bob and Harvey] both wanted David to stay,” he told TheWrap. “That’s all. The board sometimes have their own criteria, and that’s their prerogative.”

Regarding new contracts, Weinstein joked: “Bob and I are fine. We will be running the company 100 years from now — when David Glasser‘s kids are working for us.” 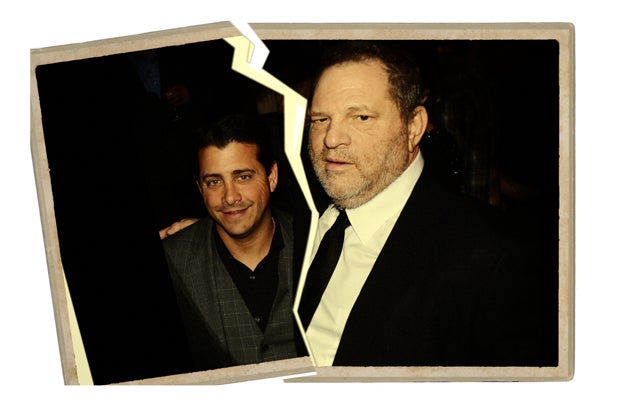 However, another insider said that the board tried to get Glasser to stay.

Weinstein acknowledged that Glasser’s leaving was a “blow,” but said the company had gone through such transitions before and emerged stronger.

Relativity president Tucker Tooley is in talks for the job, as TheWrap reported exclusively on Wednesday.

“It’s always sad to lose great people, we’ve been there before,” he said, reciting a litany of notable executives who worked for him at both Miramax and TWC. “We lost Andrew Gumpert, and at that moment we thought the company was going to fall apart. Or Andrew Kramer, or Charles Layton or Bob Osher. Scott Greenstein was the first David Glasser. He’s gone on to do incredible things as I’m sure David will. You lose Scott, Charles, David — three of the most effective executives over the years. It just goes on. The company is like Old Man River at this point.”

In one sense, The Weinstein Company is a remarkable success at the most challenging possible time for independent media companies. In documents made available to TheWrap, the television division has been reliably profitable thanks to shows like “Project Runway” and its three spinoffs, as well as “Marco Polo” and “Mob Wives.” According to the documents, the TV division alone made $33 million in EBITDA in 2014 on $118 million in revenue. It stands to make $39 million in profit this year and is projected to make $63 million in 2016.

The unit has become an acquisition target for outside suitors, including Endemol and Sky. In May the British network ITV scuttled a deal to pick up the division for a reported $950 million.

On the movie side, documents prepared by independent experts made available to TheWrap show that the company’s library of 525 films is now worth more than $300 million.

“The Hateful Eight” (The Weinstein Company)

“Of course we’re experiencing transition,” Weinstein said. “Nobody likes transition. But this company appears to have nine lives, and we’re only on six or seven right now.”

Despite the stability of TWC’s core assets, questions have been swirling in Hollywood about its cash situation. Multiple vendors have complained about not being paid, while the release of three smaller films has been delayed.

Weinstein explained this as a temporary issue because of the cash demands of releasing multiple movies in a row in the first half of the year. “I’ve been dealing with this for 30 years. Put six films out together for an independent film company, there will be a moment with tough cash flow,” he said.

Multiple sources said that TWC’s music department, run by David Glasser‘s father, Richard, has been unable to get approvals to pay its bills. TWC is known throughout the industry for paying its bills late. In response, David Glasser told TheWrap this had to do with company policy that artists have to sign contracts to get paid.

“We have taken a very hard line, saying if you don’t sign your contract you don’t get paid,” David Glasser said.

This Friday marks the once-planned release date of “Regression,” a thriller starring Ethan Hawke and Emma Watson directed by Alejandro Amenabar (“The Others”). That film has disappeared from TWC’s schedule.

Meanwhile, the studio had also been planning to release the long-delayed “Shanghai” on Aug. 21 but recently moved the film to Oct. 2, where it will open in limited release on 100 screens five years after the film was finished.

TWC made another last-minute switch when it pulled the animated movie “Underdogs” from the calendar a week before its opening. 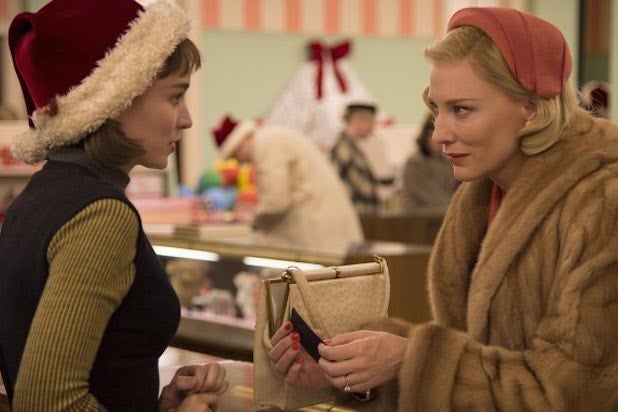 The studio has several movies aiming at awards attention, though none seem to have guaranteed Best Picture buzz attached. “Carol” comes with Cannes festival acclaim and all-but-certain nominations for its stars Cate Blanchett and Rooney Mara, but Todd Haynes‘ lesbian drama is not seen as a Best Picture favorite.

Likewise, Quentin Tarantino‘s “The Hateful Eight” will be gunning for an Original Screenplay nomination but despite proclamations of the film being shot in glorious 70mm, it is expected to be a rather talky chamber piece set largely indoors.

TWC also has John Wells‘ chef drama “Burnt” starring Bradley Cooper up its sleeve, but that film has undergone several title changes and again, is not seen as an awards heavyweight.

The executive turnover is an ongoing challenge as the studio heads into awards season. TWC has struggled to replace marketing president Stephen Bruno since he left for Netflix. Weinstein promoted Francois Martin — an EVP in marketing and TV sales who has risen internally — to president of global marketing. A digital marketing chief has yet to be found.

As for replacing the heads of Radius, Harvey Weinstein said the division will continue to exist but will only release four or five films per year as opposed to the 12 films it distributed in 2014.

“Paddington” was TWC’s one breakout hit in 2015, though “Woman in Gold” has also done well. Looking ahead, TWC has high hopes for Matthew McConaughey‘s “Gold” and Michael Keaton‘s “The Founder,” but both films are at least a year away.