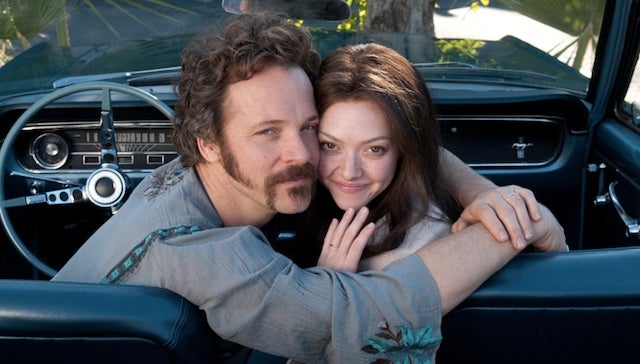 Update, 5:30 p.m. PT: A judge has denied Arrow Productions' pursuit of a temporary restraining order against the film "Lovelace," and the biopic of famous adult film actress Linda Lovelace (ne Linda Boreman) will open in theaters Aug. 9 as scheduled.

The film depicts the success of "Deep Throat," and Arrow, which owns the rights to the 1972 hit, was trying to prevent the release of "Lovelace."

“We are relieved that common sense prevailed,” Millennium Films President Mark Gill said in a statement.  “The suit was completely unwarranted. We believe this case was an insult to the legal safeguards in place maintaining our right to freedom of speech. It was without merit on every level."

Gill said that Arrow was trying to control discussion of the film, which premiered at the Sundance Film Festival in January.

The Weinstein Company and Millennium Films, producers of "Lovelace" — a new biopic about Linda Lovelace — are being sued for $10 million over alleged copyright and trademark violations.

Lovelace was the stage name of the film's star, the late Linda Susan Boreman.

"Lovelace," which showed at Sundance earlier this year, stars Amanda Seyfried as the title character and will receive a limited release in the U.S. on Friday.

Arrow claims that the film reproduces scenes from "Deep Throat" in full and copies dialogue and blocking, including two graphic sex sequences.

"Rather than negotiating licenses for 'Deep Throat' IP, rather than deferring to Arrow's vision for the 'Deep Throat' brand, defendants have simply taken what they wanted and crossed their fingers," the suit reads.

A Spokeswoman for Millennium declined to comment. A spokesperson for The Weinstein Company did not immediately respond to requests for comment, nor did an attorney for Arrow.

"Deep Throat" caused a sensation in popular culture when it premiered, ushering in more mainstream acceptance of pornography. It even played a minor footnote in history when it served as the moniker for Bob Woodward and Carl Bernstein's most famous anonymous source as the Washington Post reporters uncovered a wider conspiracy surrounding the Watergate break-in.

It also made Lovelace a star, though being the face of pornography did not always come easily. Her former husband Chuck Traynor was a production manager on "Deep Throat," and when the pair split in the '70s, she accused him in divorce proceedings of forcing her into pornography at gunpoint and beating her.

She later became an anti-pornography spokeswoman and, in April 2002, died at 53 from injuries suffered in an car accident in Colorado.

In the lawsuit, Arrow's attorneys write that Lovelace recanted her claims against Traynor but say that they are worried the upcoming movie will rehash the controversy.

Arrow said it approached Millennium in 2010 about possible copyright infringement but claims an attorney for the company dismissed its objections as "total nonsense."

For the record: An earlier headline incorrectly stated that the suit was for $30 million and misspelled the name of the production company as Millenium.