Asked by GQ magazine if the the stories about Quentin Tarantino being asked to cut 40 minutes out of the "Inglourious Basterds" were true, the Weinstein Company’s Harvey Weinstein responded: 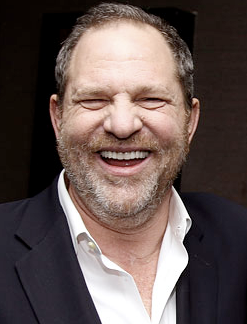 "Those stories are all untrue. There’s no f—ing way. Here, read my lips: That is nuts. Please don’t even write that, it’s insanity. There’s not even a question of that. Whatever you’re reading, it’s like some insane blogger. There’s no truth to any of this.

"He’s not gonna cut. What he’s doing is just reorganizing some scenes. I mean, the guy had six weeks to cut his movie [for Cannes]; most guys take six months. Most guys take a year. When I worked with Martin [Scorsese], we’d do 18 months in post-production.

"Quentin Tarantino cuts a movie in six weeks? Come on, there’s s— on that cutting room floor that’ll blow your brains out. I was telling Quentin the opposite — ‘You should put that s— back in the movie.’ There’s scenes with Brad Pitt and the Basterds, and I’m praying he puts that s— back in, ‘cause it’s un-f—ing-believably great.

"Listen — this movie will be between two hours and 20 minutes and two hours and 27 minutes. I don’t think it’s going to be shorter — it’s just a question of rearranging. I know he’s putting footage back into the movie. I know he’s got some cool s— that he didn’t get time to address."

Read the rest of the interview …