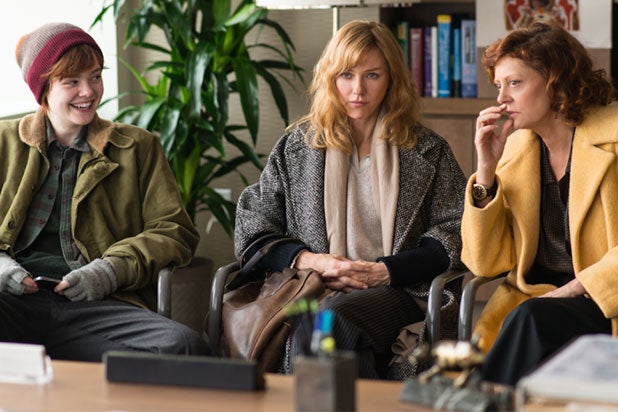 Directed by Gaby Dellal and distributed by The Weinstein Company, “3 Generations” stars Elle Fanning as a transgender teenage boy named Ray. Naomi Watts plays his mother, and Susan Sarandon plays his grandmother, who is a lesbian. The film was previously titled “About Ray.”

The MPAA rated the film “R” due to language including sexual references.

The Weinstein Company has enlisted Hollywood lawyer David Boies. Boies has consulted on numerous human rights issues for TWC including the censorship of Oscar-nominated film “Carol,” as well as the previous protest of the MPAA’s rating of the documentary “Bully.” “Bully” initially received an R-rating from the MPAA for similar reasons but eventually brought its rating down to PG-13.

“This film is a beautiful and touching story about family and identity. It is important for teenagers to see it and the ‘R’ Rating doesn’t reflect today’s society,” said executive producer Watts. “‘3 Generations’ doesn’t have a bad bone in its body, it’s an expression of love, acceptance, strength, and honesty, values that could not be more necessary right now.”

TWC’s co-chairman Harvey Weinstein commented, “Gaby, Naomi, Susan and Elle made this movie to share its message of acceptance and inclusion with all generations. The fact that an ‘R’ rating would prevent high school students from seeing this film would truly be a travesty. The MPAA and I were able to come to an agreement on ‘Bully’ and I am confident that we will be able to do so again.”

In response, Chris Ortman, MPAA spokesperson, told TheWrap, “Under the Classifications and Ratings Administration (CARA) rules, the ratings board and appeals board maintain confidentiality and do not comment publicly about the process for movies under review.”

He added, “Any filmmaker who objects to the given rating can choose to go to the appeals board.”