Kumail Nanjiani dreams big and crashes hard in the new trailer for the Hulu series “Welcome to Chippendales,” in which he stars as the founder of the iconic all-male strip club empire.

“Chippendales” chronicles the ascension of Indian immigrant Somen “Steve” Banerjee’s (Nanjiani) from shop employee to business mogul, and his single-minded drive to keep ahead of the competition.

Set in late-1970s Los Angeles, the trailer opens with Banerjee turning down a promotion to chase after the success and lifestyle for which he yearns. “I’m going to start my own business: a strip club for women,” he tells his boss. 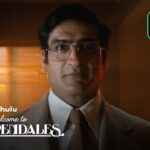 Banerjee silences his skeptics when Chippendales becomes a smash hit, attracting the talents and services of characters played by Juliette Lewis, Murray Bartlett and Annaleigh Ashford.

“This could be huge. This could be global,” Lewis’ character says. “Russia, China, the whole world,” he agrees.

But Banerjee hits a roadblock when his choreographer and business partner Nick De Noia (Bartlett) begins taking credit for the company, presenting himself as its face and founder. As their rivalry ramps up, De Noia warns him that “Blood will spill” – and flashes of blood spatters and guns in between shots of the high life and the Chippendales confirm that he’s right. 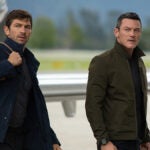 The limited series is executive produced by Robert Siegel, Nanjiani, Dylan Sellers, Jenni Konner, Matt Shakman, Emily V. Gordon, Nora Silver and Rajiv Joseph, who will write on the series alongside Mehar Sethi. Showrunners are Siegel and Konner, while Shakman will direct. Jacqui Rivera serves as co-executive producer and Annie Wyman is co-producer. 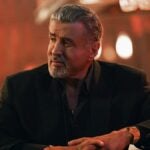