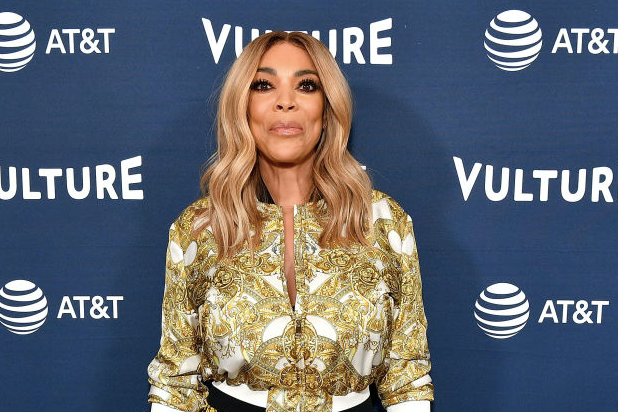 Just days after issuing an apology for comments about the gay community, afternoon television host Wendy Williams came under fire again Monday for seeming to make light of the death of a well-known Hollywood sex therapist.

Amie Harwick, who was once engaged to “The Price Is Right” host Drew Carey, died Saturday after falling from the balcony of her Hollywood Hills home. On Sunday, an FBI-LAPD Task Force arrested her ex-boyfriend, Gareth Pursehouse — against whom she once had a restraining order — and charged him with her murder.

On Monday’s “Wendy Williams Show,” the seasoned daytime host used Carey’s gameshow catchphrase, “Come on down,” and looked to the floor as if watching someone fall, according to outraged reactions online. The clip in question does not yet appear to be uploaded to the show’s website or Twitter account.

YouTuber Sanders Kennedy flagged the moment on Twitter, where reactions were fast to come in.

“I’m so sick of @WendyWilliams and her inconsiderate comments. She’s not funny,” said one viewer, who questioned the kind of person who “laughs at someone’s death or jokes about it.”

“And this is why I stopped watching her a long time ago. Tacky, classless and just plain mean. How is she going to say that did not come from a place of malice?” asked another.

One viewer tweeted at Williams, “The comment you made regarding Dr. Amie Harwick’s death was vulgar, tasteless and heartless. she was a good person, who was a victim of a senseless crime.”

Representatives for Williams and her show did not immediately respond to requests for comment on the moment or its perception.

In a video posted to Twitter, the talk show host acknowledged that she sounded “out-of-touch,” then vowed to “do better.”

During her Thursday review of “hot topics,” Williams was talking about Galentine’s Day, a holiday made popular by the TV show “Park and Recreation.” In that show, the female characters go to brunch together on Valentine’s Day to celebrate the other women in their lives.

“If you’re a man and you’re clapping, you’re not even a part of this. You don’t understand the rules of the day. It’s women going out and getting saucy and then going home. You’re not a part,” she said.

7 Stars Wendy Williams Has Bashed: From Beyonce to Tupac (Photos)

Wendy Williams gained notoriety for being outspoken. Although that may be a good quality for a talk host, it can also get her into a little bit of trouble.

TheWrap looks at seven of the celebrities the daytime talk show host has feuded with.