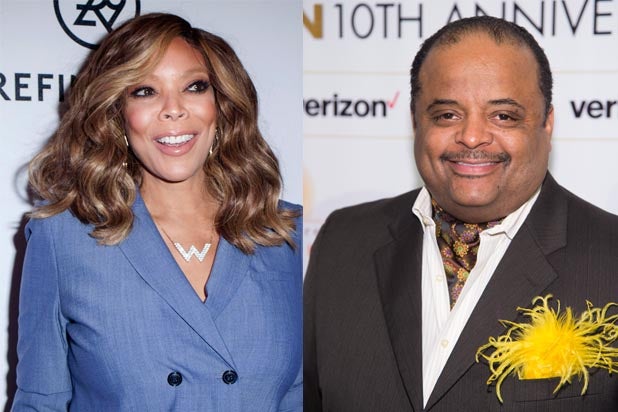 Wendy Williams said on her show Monday that she has been “educated” by Roland Martin over the weekend, following his blunt criticism of her comments about the NAACP and historically black colleges and universities (HBCUs).

The daytime talk show host told her audience that she “had a very interesting conversation on the telephone regarding race” with the TVOne news commentator, and he will appear on Thursday’s episode “to have open dialogue” about the issue.

“He’s educated me quite a bit and I hope you can do the same for all of us and we can begin to heal and stop,” she said.

Williams started off her show by addressing the backlash that arose against her after she commented on Jesse Williams‘ controversial BET Awards speech.

“Over the past few days, if you don’t know, I’ve been facing some really harsh criticism from our viewers and other people in the media because of my comments regarding racism,” she said. “One of my biggest critics was a journalist and activist Roland Martin who I’ve known for several years, but he did what he thought he had to do.”

Willams came under fire after saying this: “[Jesse Williams‘] speech was very poignant. On the other hand, I would be really offended if there was a school that was known as a historically white college. We have historically Black colleges. What if there was the National Organization for White People, only? There’s the NAACP.”

Martin used his TVOne program to foil her argument, which he called “silly,” and even advised her to “shut the hell up” about issues she’s not well versed on.

Also Read: Jesse Williams Says There Is 'Not a Single Sane Sentence' in Change.org Petition

He added, “One of the reasons you don’t have historically white universities is because we just simply call them universities. The fact of the matter is you can go around the country and you will see universities, Wendy, that are 70, 80, 90, 95 percent white.”

Williams said she was the one who initiated the personal conversation with Martin.

“I reached out to him over the weekend and we had a very interesting conversation on the telephone regarding race and so I said, ‘You know what? Why don’t you just come to the show?'” she said. “So I’ve invited Roland to the show. He will be here to have open dialogue. Roland will be here on Thursday, so I look forward to this.”