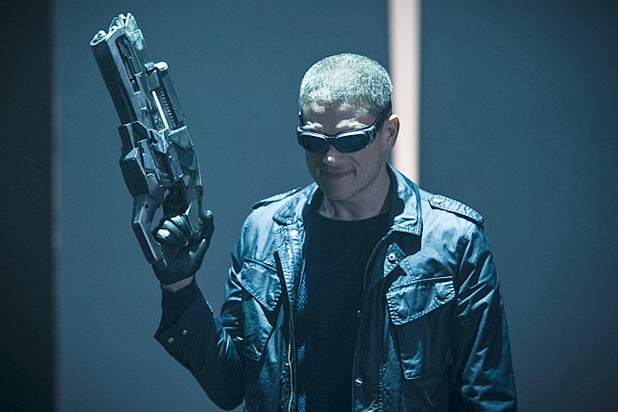 Wentworth Miller is stepping away from the Arrowverse.

The “Prison Break” alum wrote in a Instagram post over the weekend that he’s ending his run as Captain Cold (a.k.a Leonard Snart), the character he has played on The CW’s “The Flash” and “Legends of Tomorrow.” Miller says he is currently filming some of his final episodes in the villainous role.

“I’ve had a tremendous time playing this character,” the actor wrote. “It’s been an opportunity, an education and a f–ing blast.”

Miller originated the role in October 2014 on “The Flash.” He reprised his part of Michael Scofield earlier this year on Fox’s revived “Prison Break.”

The CW did not immediately respond to a request for comment.